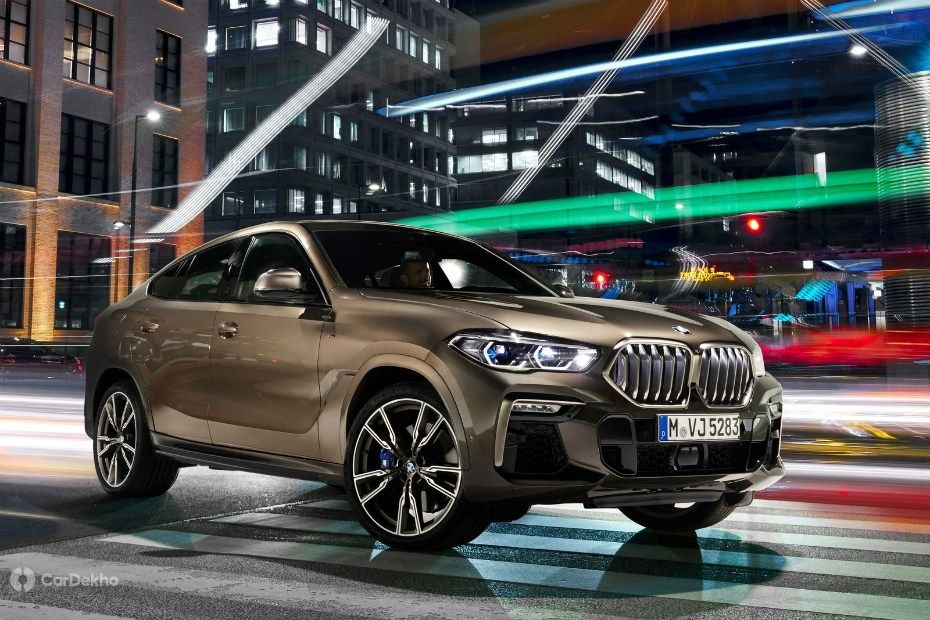 The BMW X6, which was first launched in 2008, pioneered the now burgeoning coupe-SUV segment. And now, there’s a new one! It gets BMW’s latest design language, technological features and other updates too. Set to go on sale in select international markets by the end of 2019, BMW has confirmed that the new X6 will be available in four variants - xDrive 30d, xDrive 40i, M50d and M50i.

It has also grown in size when compared to the outgoing model. The new X6 is 26mm longer (4935mm) and 15mm wider (2004mm) while the wheelbase has increased by 42mm (2975mm). Its sporty stance is further enhanced by the wider front track and 6mm lower height (1696mm). In terms of exterior design, the new X6 also features the latest iteration of BMW’s signature kidney grille design, now bigger in size and also illuminated for the first time. It also gets the optional BMW Laserlight feature with LED headlights. BMW has split the design details into two broad categories - xLine and M Sport. The latter offers a more sporty appearance with optional carbon fibre bits while the xLine packages give the X6 a more rugged rather than sporty aesthetic. The M variants get 21-inch, light-alloy wheels as standard while the others get 19-inch light-alloys as standard. There are 20- to 22-inch units optional extras also available from BMW along with a whole range of add-ons and accessories.

Inside the cabin of the new X6, there is a refreshed dashboard layout and arrangement of controls to match the latest crop of BMW models. It gets a 12.3-inch digital instrument cluster and a touchscreen infotainment screen of the same size next to it. The BMW 7.0 Digital interface gets its own voice-activated assistant which can also be given its own name by the driver.

Some of the controls, such as the gear select lever or iDrive controller can be specced in glass like on the 8 Series. It’s a luxurious SUV and comes well-equipped with more in the options list. 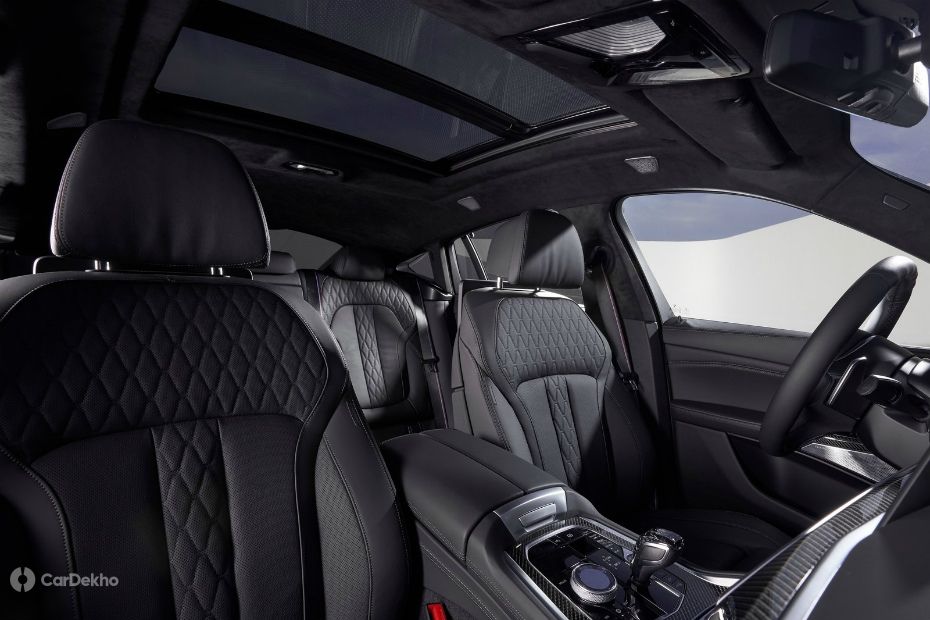 Some of the X6’s standout features include a panoramic glass roof, a Bowers & Wilkins Diamond+ 3D surround sound system, four-zone climate control and thermoelectric cup holders, amongst others. It also gets a wide range of active and passive safety and driver assist features, including forward collision warning, blind-spot detection, parking assistant, etc.

The new X6 comes with adaptive dampers as standard but also gets the option of air suspension for better ride quality. The non-M variants can also be had with an optional xOffroad package that gets includes the air suspension and an electronically controlled rear differential lock. With this package, the driver can choose from four driving modes that optimise the car’s setup accordingly, including the power distribution, ride height, DSC and transmission control. These four modes are snow, sand, gravel and rock. 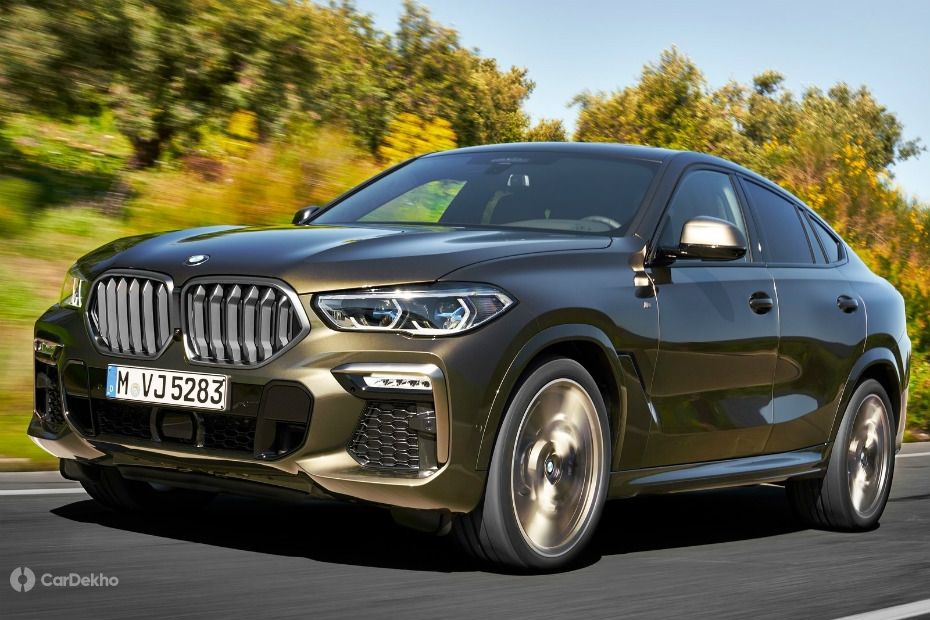 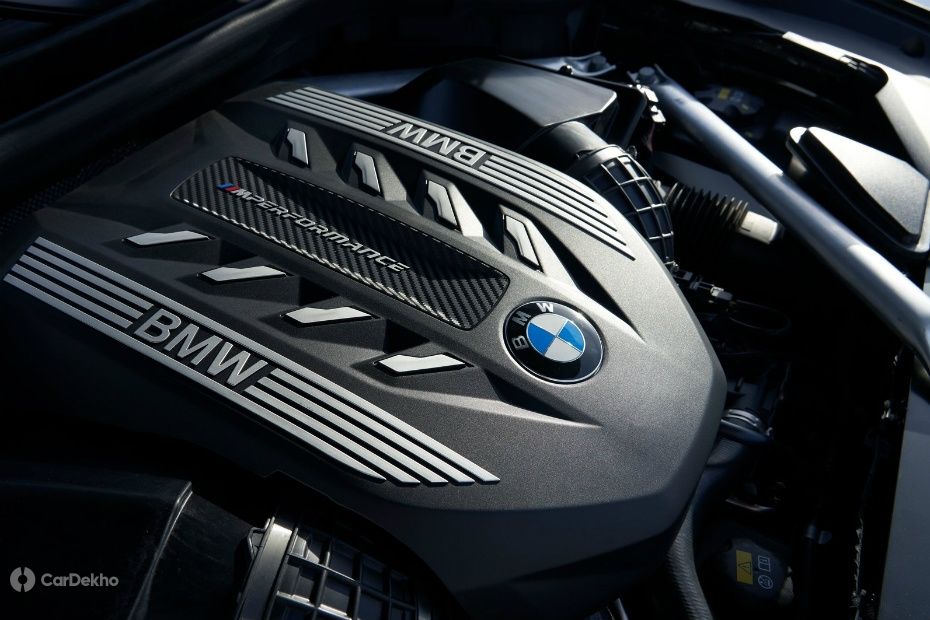 There is a 3.0-litre inline-six twin-turbo petrol engine in the xDrive40i with 340PS and 450Nm on offer. The most powerful X6 variant at launch will be the M50i which uses a 4.4-litre twin-turbo V8 that produces 523PS of power and 750Nm of torque. All the four engines will come mated to an 8-speed automatic transmission.

BMW is likely to introduce the next-gen X6 in India in the first half of 2020 with prices expected to start from just under Rs 1 crore. The BMW X6 competes in a niche segment of luxury SUVs like the Mercedes-Benz GLE Coupe and the upcoming Audi Q8.