What does the cabin of the Altroz look like from the inside? 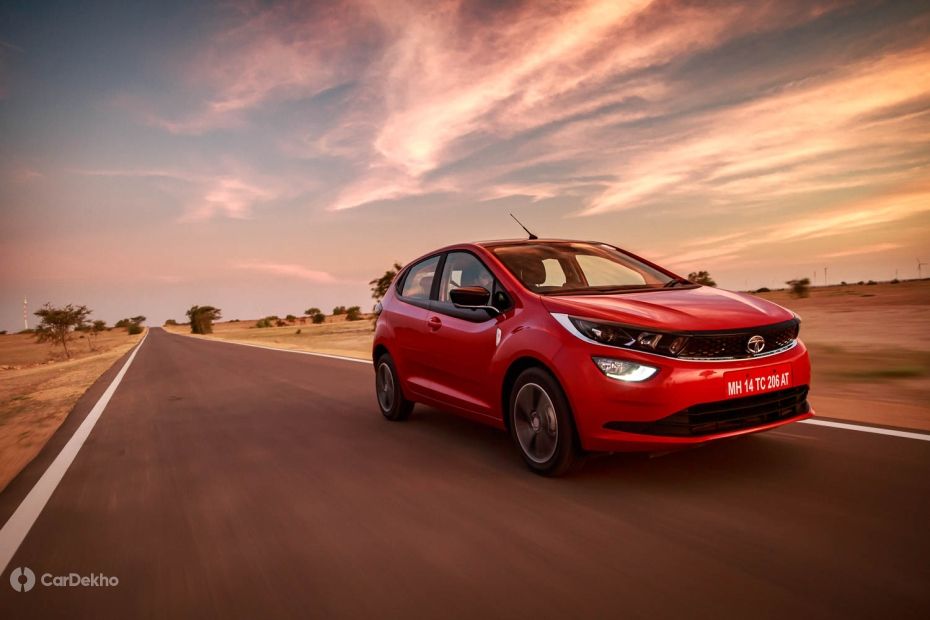 The Altroz is being billed as a premium hatchback. And one requirement that all premium hatchbacks need to fulfill is that of having a premium cabin. Take a look at these pictures of the Altroz’s cabin to judge for yourself if it feels premium or not. 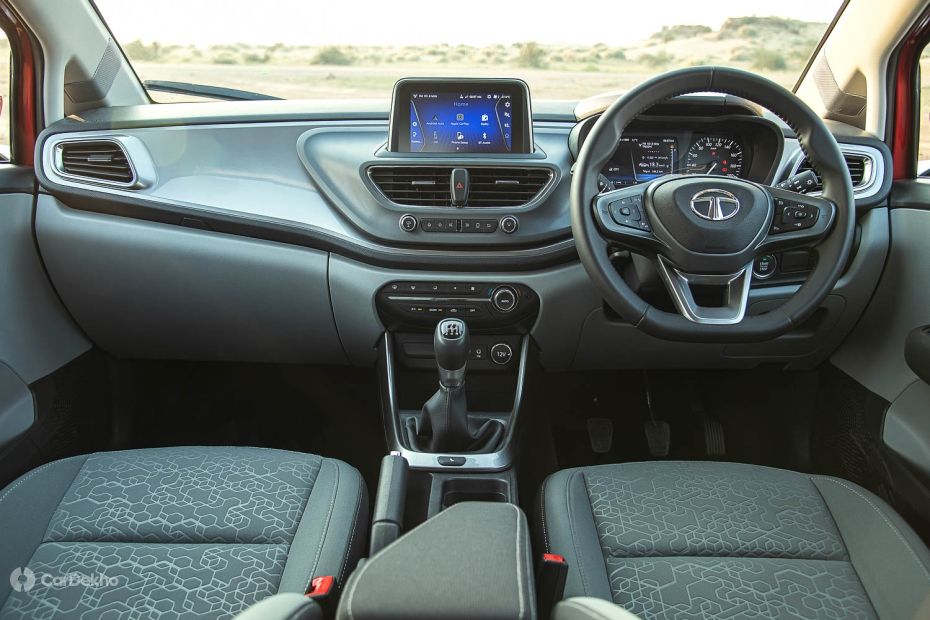 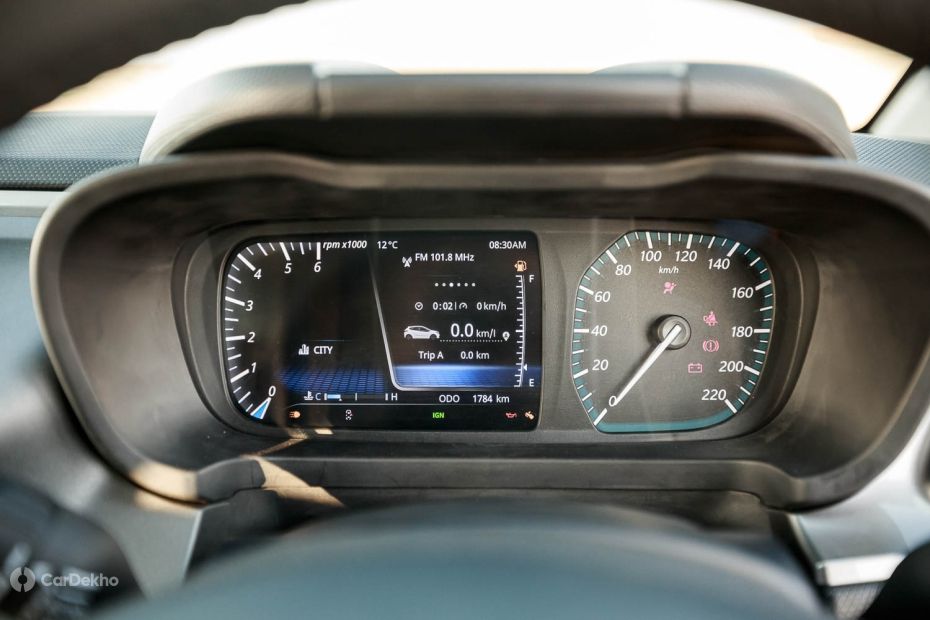 The instrument cluster is a rectangular unit. It is a part analogue and part digital unit, with the analogue speedometer placed on the right and the digital screen on the left. The fuel gauge, tachometer and trip displays are all shown on the digital screen. 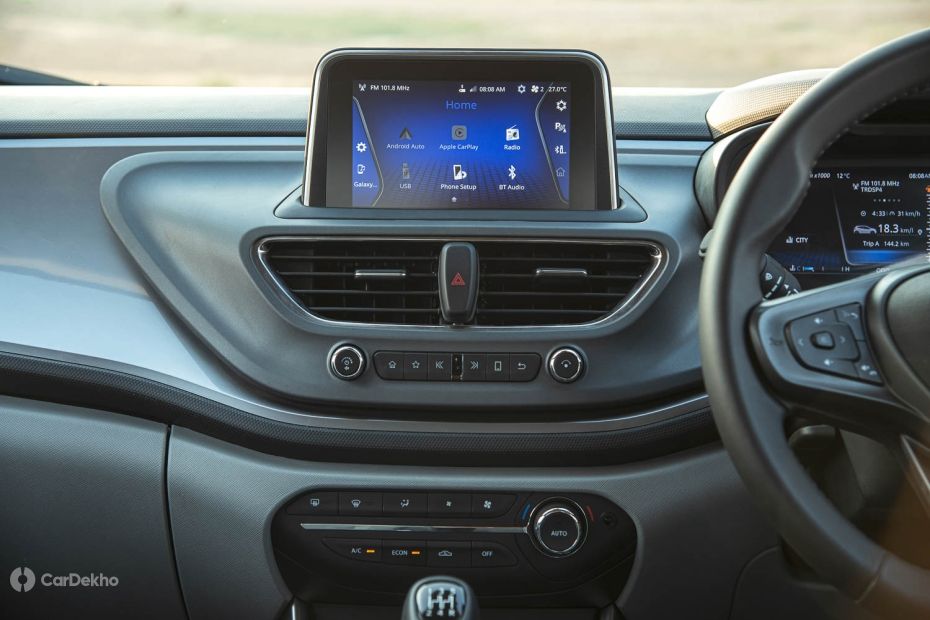 The touchscreen is a 7-inch unit and gets Apple CarPlay and Android Auto support. Apart from media related information, it also displays the climate control settings. In its top-spec variant, the Altroz is offered with four speakers and two tweeters. 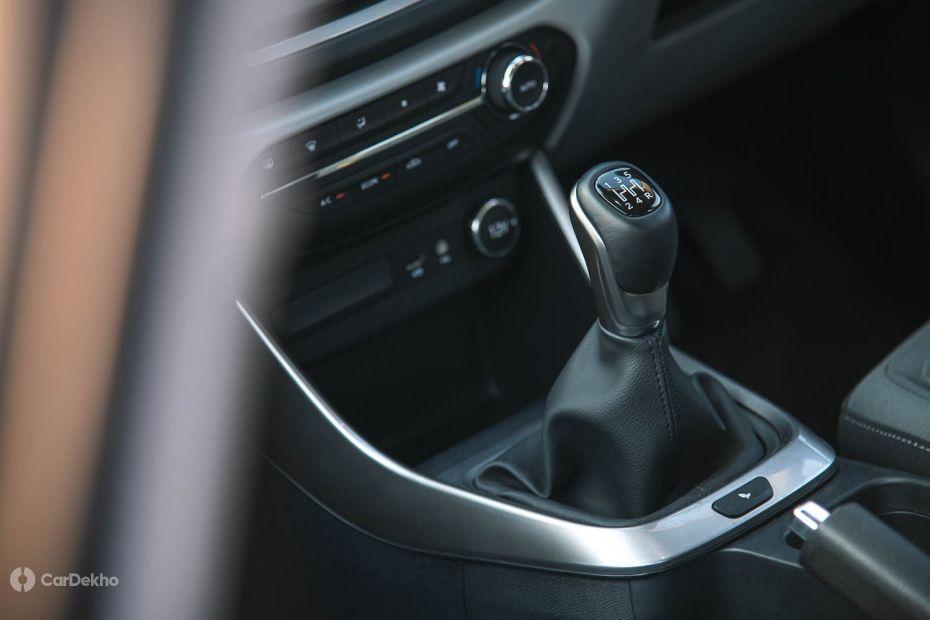 The transmission option available at the time of launch will be a 5-speed manual transmission. The button behind the gearbox toggles between Eco and City driving modes. 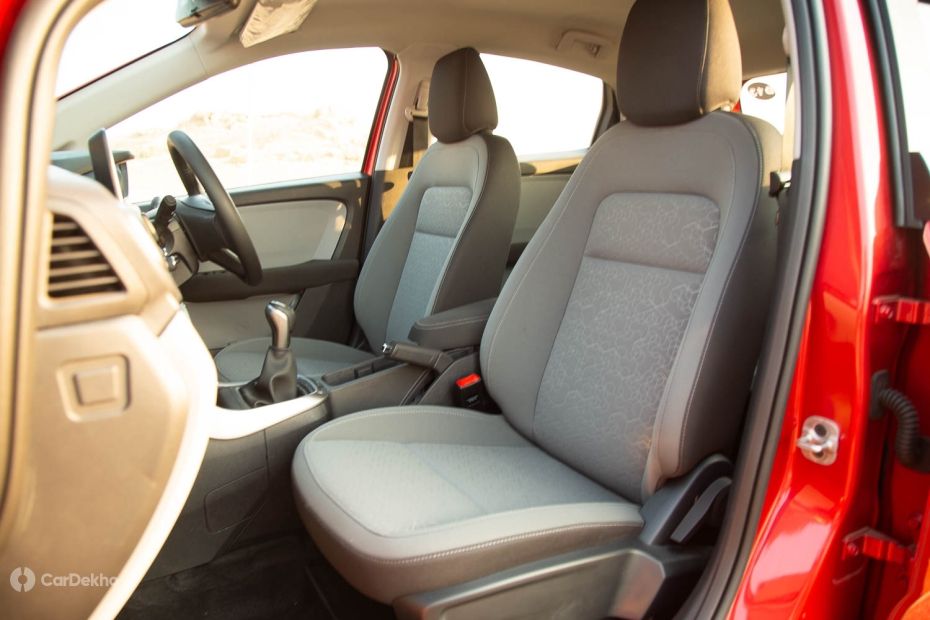 The seats have bolstering on the base as well as the back. They also have adjustable headrest. The upholstery is made out of fabric and the doors also have fabric pads as an armrest. The front seatbelts are also adjustable for height. 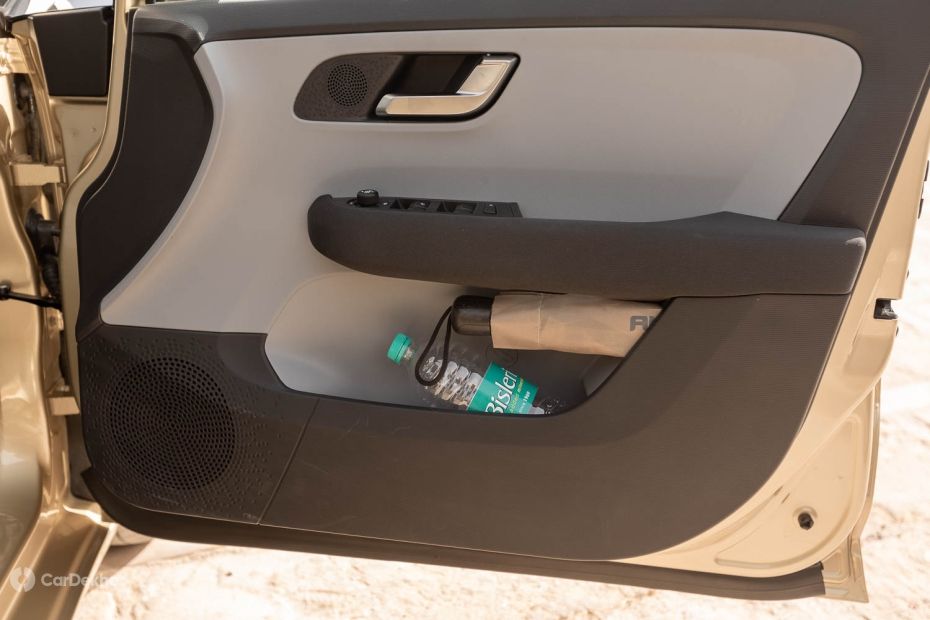 Tata has built in an umbrella holder into the door, a feature not offered in any car in this segment. 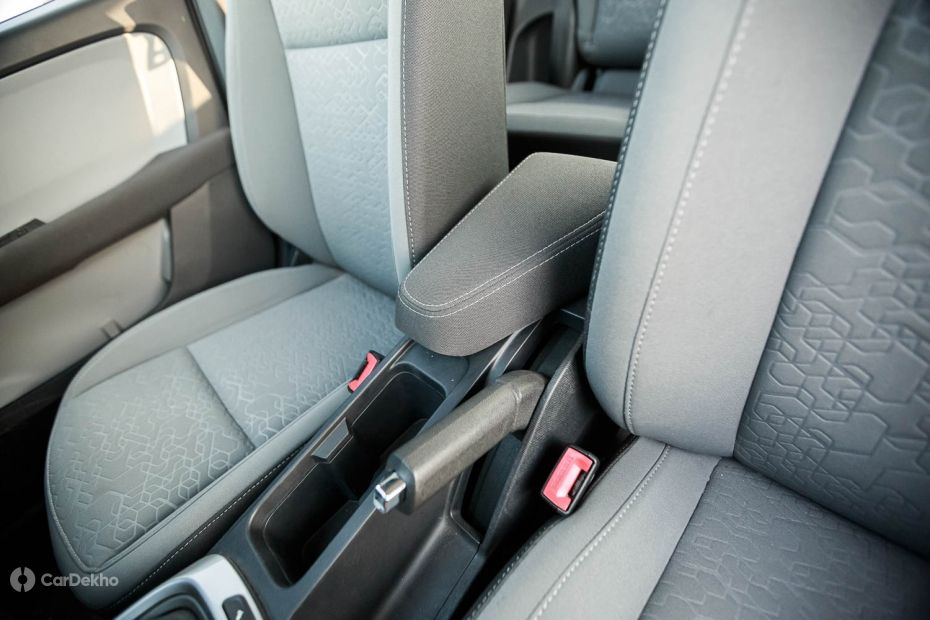 There is an armrest between the two front seats with storage space underneath for knick-knacks. There are also two cup holders ahead of the armrest to house your beverages on the move. 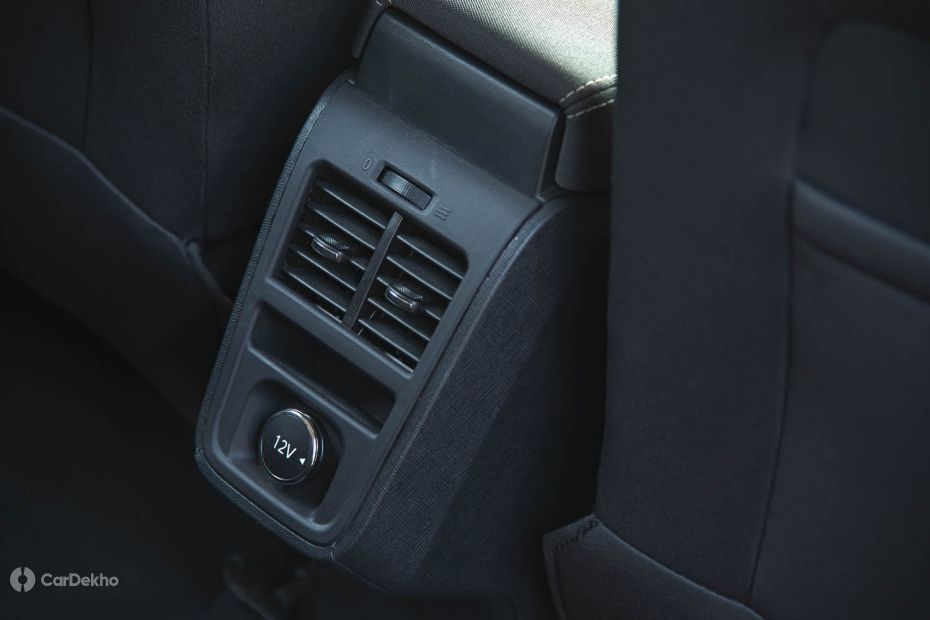 Passengers in the back get their own AC vents with a control to either open or close the vents. There is no blower speed control though. Tata has also provided a 12V socket below the rear AC vents to take care of the back seat passengers charging needs. 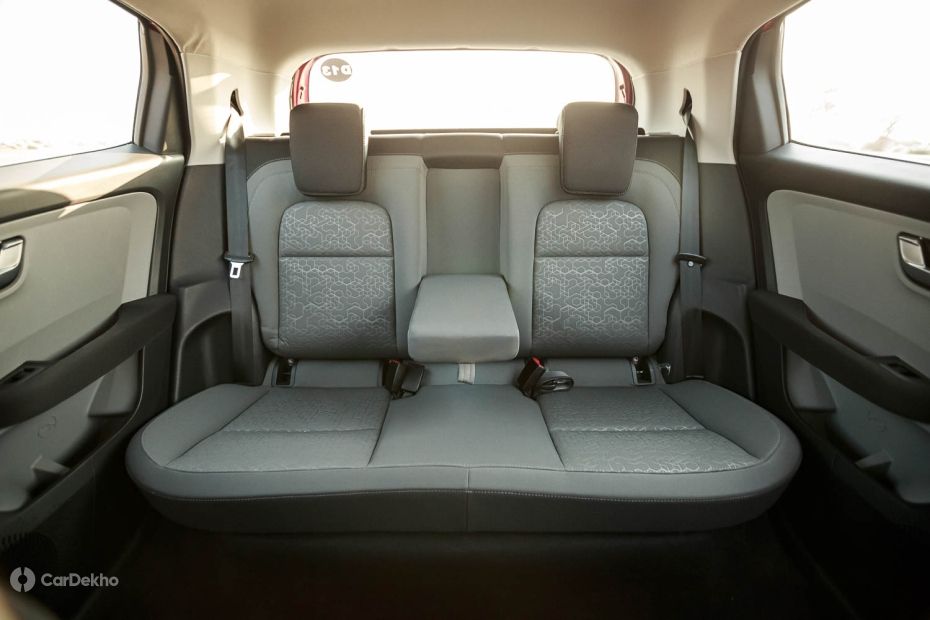 Rear seat passengers will also have the option to adjust the height of their headrest. What’s more, there is an armrest in the back too so if you don’t have a fifth passenger, there will be place for two passengers to rest their hand. There is no headrest or a three-point seatbelt for the middle passenger but the floor is flat. There are ISOFIX points too, so that a child seat can be mounted. However, the Altroz does miss out on cup holders for the rear passengers. 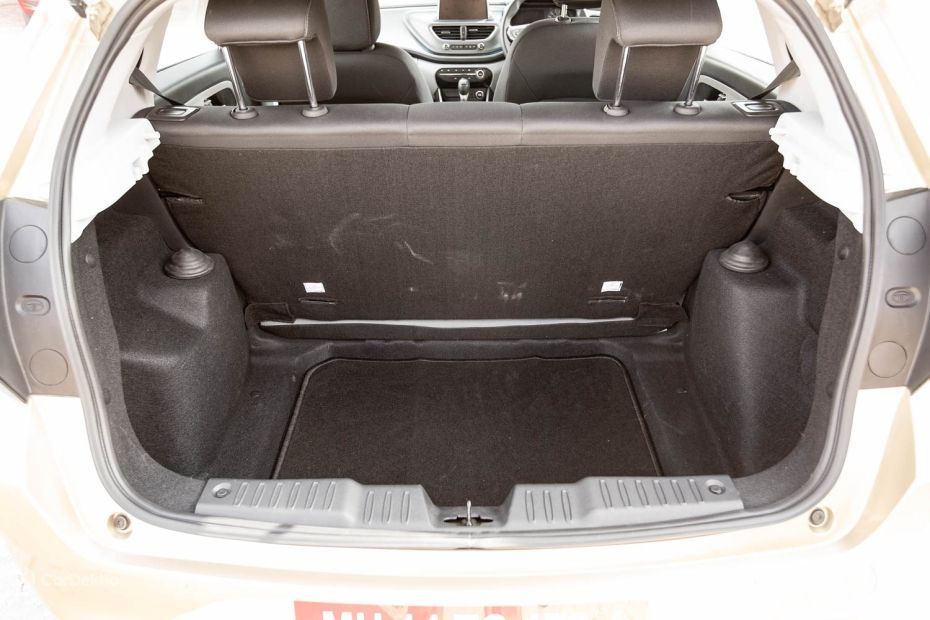 The Altroz is offered with 345 litres of boot space.