With its modular 7-seater layout, the Triber could well play host to a game of musical chairs 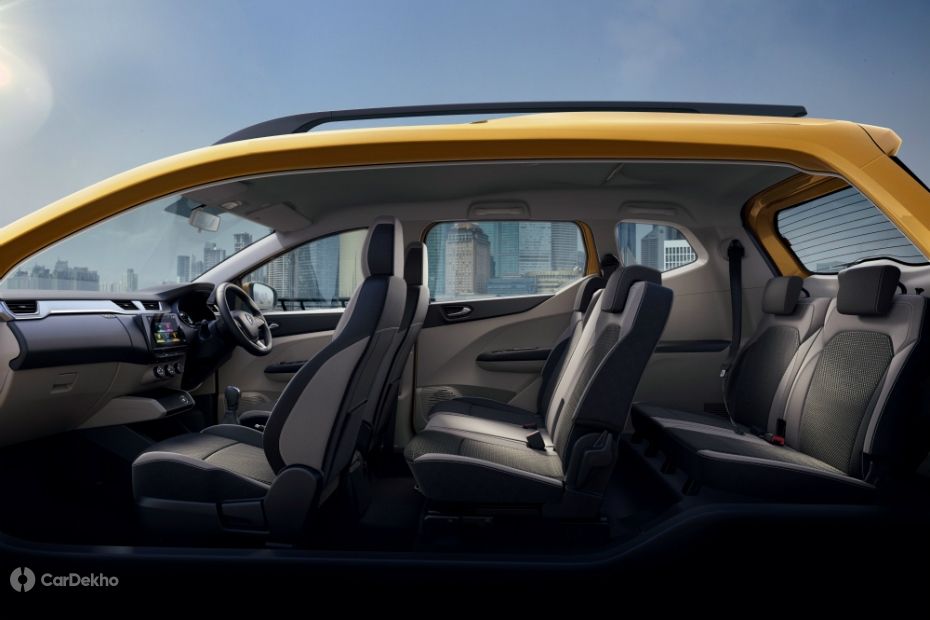 Renault has unveiled the Triber sub-4m MPV crossover. It can seat up to seven people, claims a ground clearance of 182mm, will get upto four airbags, an 8-inch touchscreen infotainment system and is expected to have a starting price of under Rs 6 lakh. The most interesting part of the car, however, is its modular seating layout. 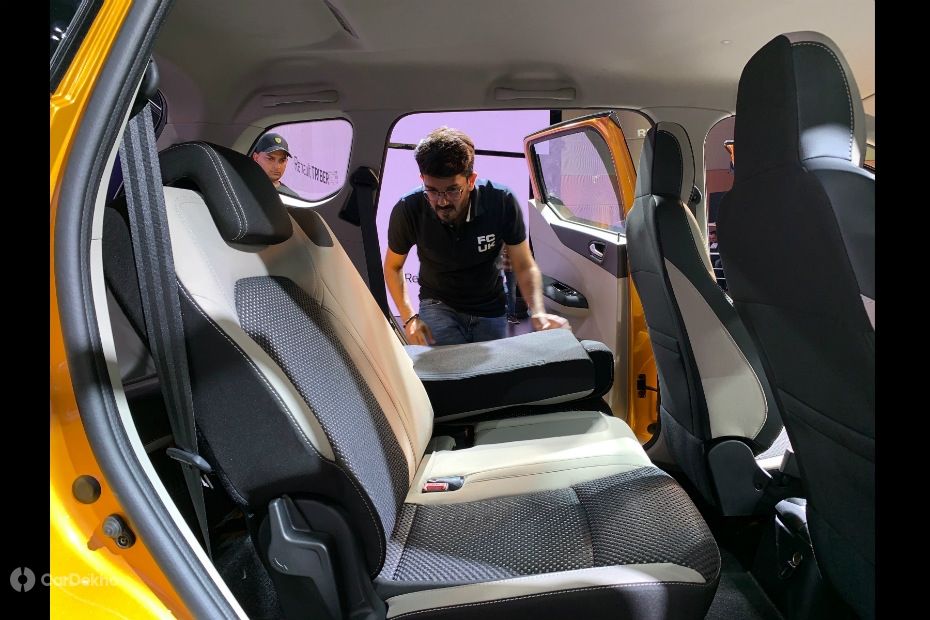 The Triber’s second row of seats can be split folded 60:40 if needed, and the third row of seats can be split 50:50. While this is not unusual for a 7-seater car, the Triber gets the option of removable seats, which take its practicality quotient to a higher level. With the rear row taken out, the Triber offers an impressive 625 litres of boot capacity, which is 75 litres more than that of the Ertiga with its third row down. You can also opt to remove just one of the two seats in the third row should you want some more luggage space with six people on board. These third-row seats are an easy-fit kind of clamp-in design with the seat base and seat back being separate parts. The seats can also be tumble-folded forward if you don’t want the hassle of having to keep them elsewhere. 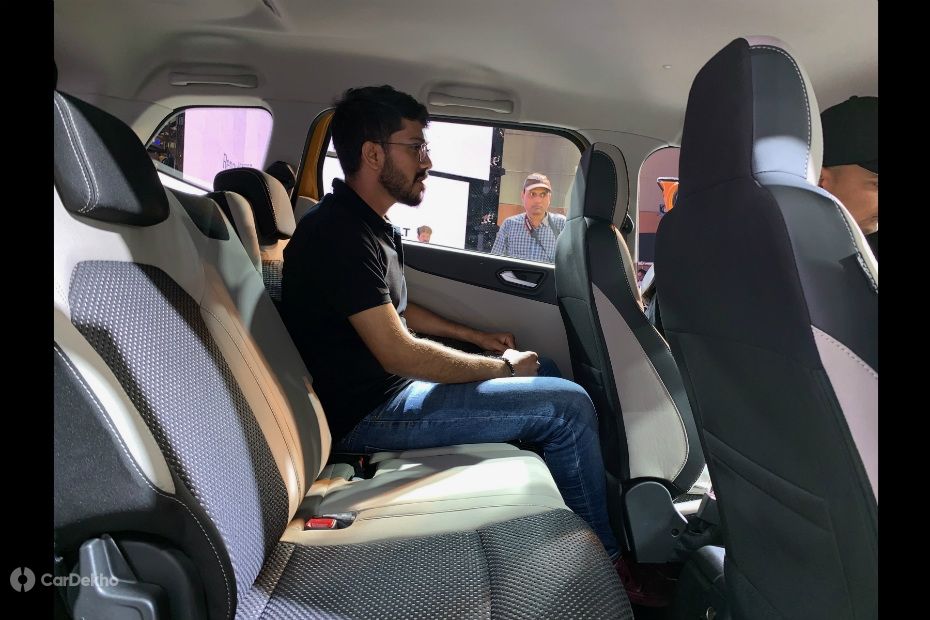 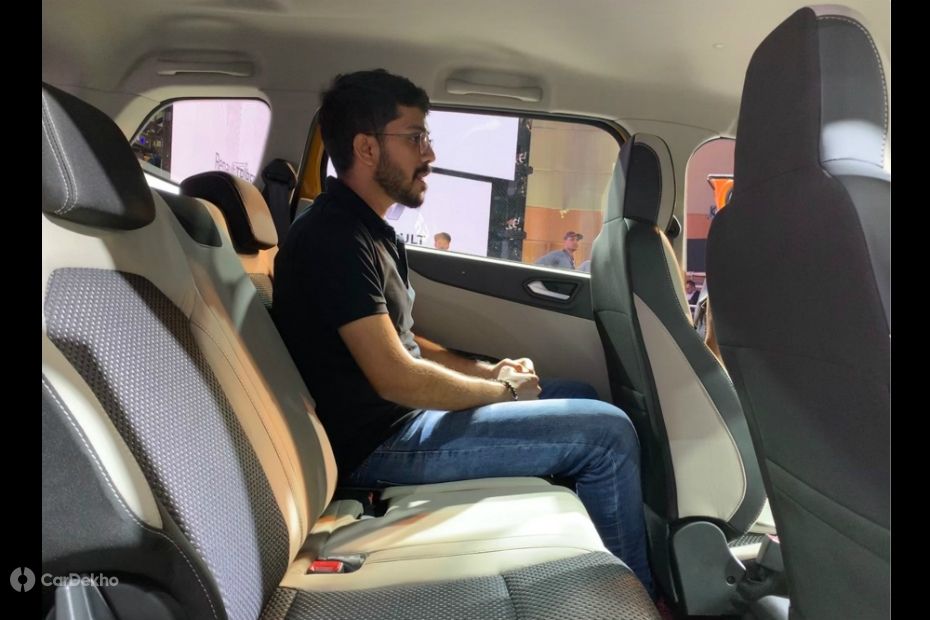 Talk about the middle row and the practicality comes by way of sliding seats. This row can recline too for more comfort. There is also the option to fold down or tumble half (40 per cent since it’s 60:40 split) of this seat for more luggage space. As a result there are plenty of seating configurations available in the this sub-4m MPV. Renault even named these different configs of the Triber as ‘modes.’ 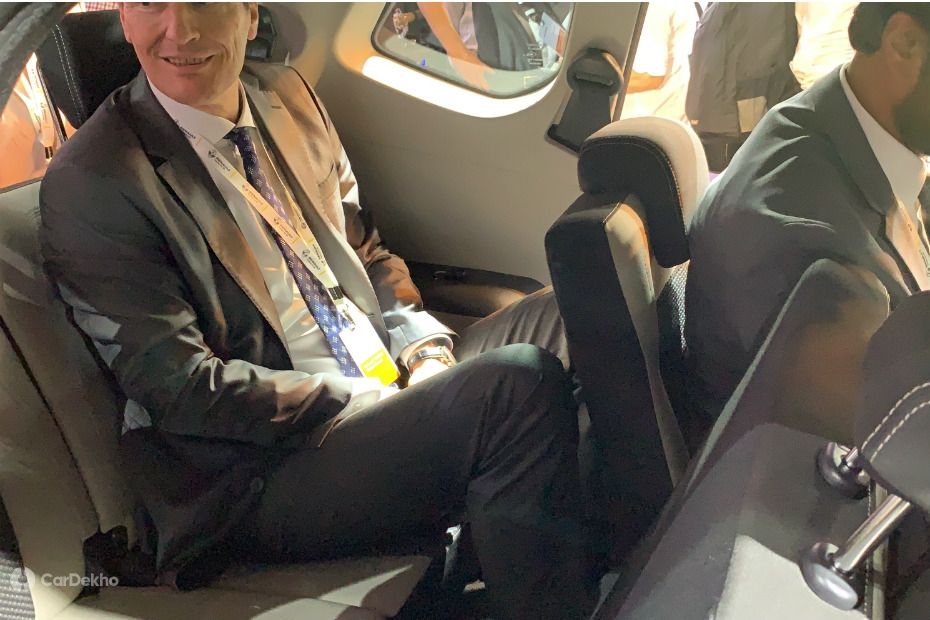 First off, we have the 7-seater configuration with all the seats in place and upright for use. To access the last row of seats, you can slide and fold forward the 40-section of the middle row. In this layout, the Triber still has 84 litres of boot space to offer. There are AC vents for each row too with blower controls. Middle row passengers get vents mounted on the B-pillars and a charging port while last row occupants get roof-mounted vents. Third row passengers also get armrests (built into the body panels) and a charging point too. 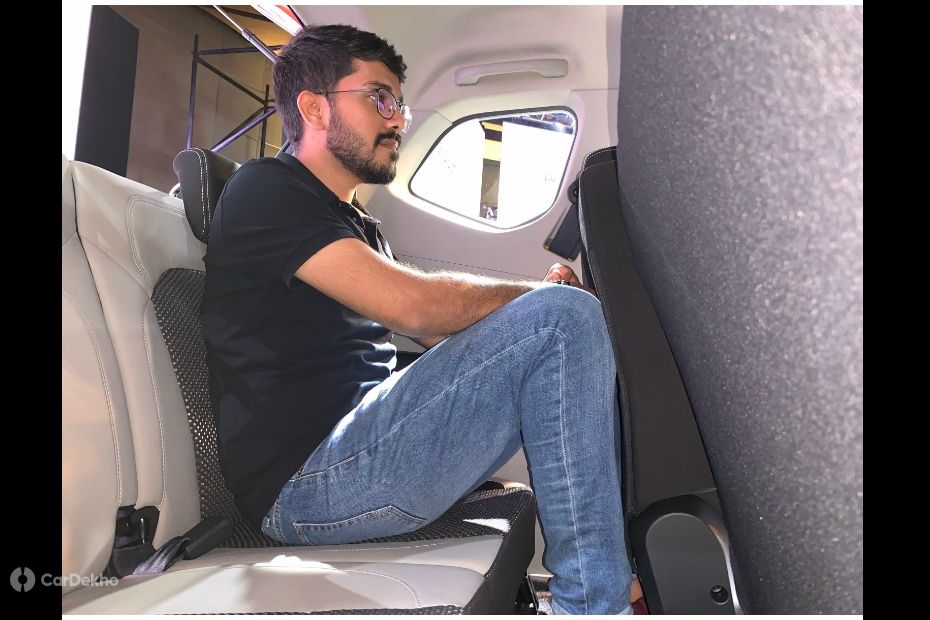 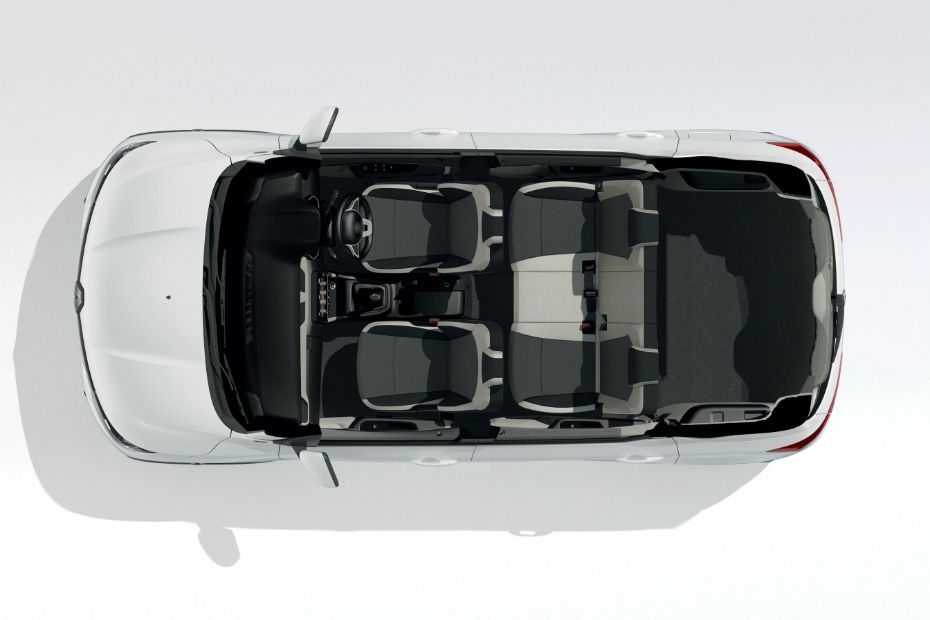 Next is the 5-seater configuration, which will likely be the most common ‘mode’ that the Triber will be used in. There’s upto 200mm of leg room for the middle row passengers and two height-adjustable headrests (none for the middle seat). The second row also offers sliding and reclining functions and the massive boot space to carry enough luggage for 5 passengers. 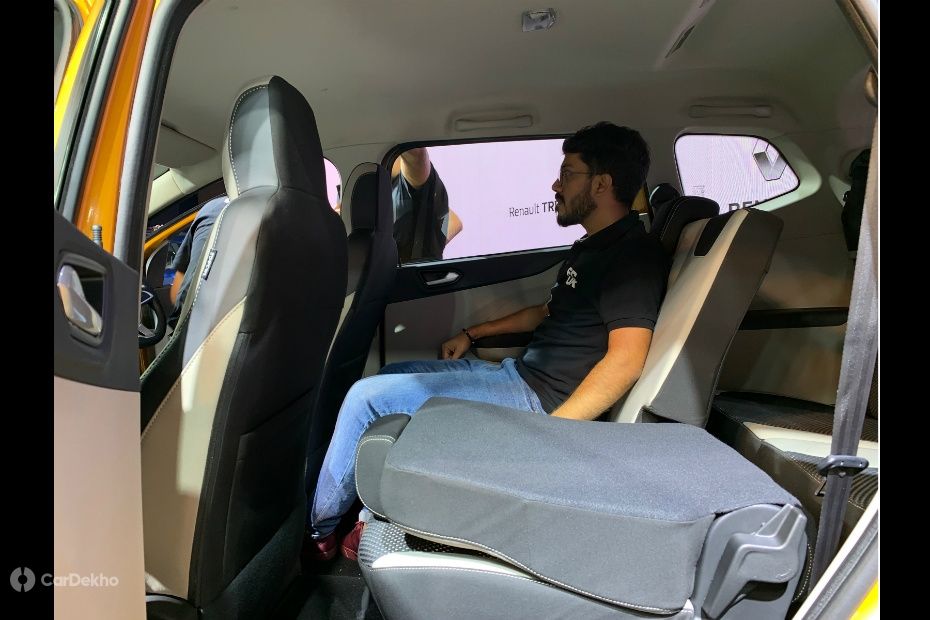 In between these two ‘modes’ is the Triber’s 6-seater configuration, wherein you take out one of the last row seats. This opens up the boot space from 84 litres to 320 litres. So you get space to fit in a few more bags and still have more than 5 seats. This seating layout may not see regular use but it does open up the option of carrying a 6th passenger without having to lose out on almost all of your boot capacity. 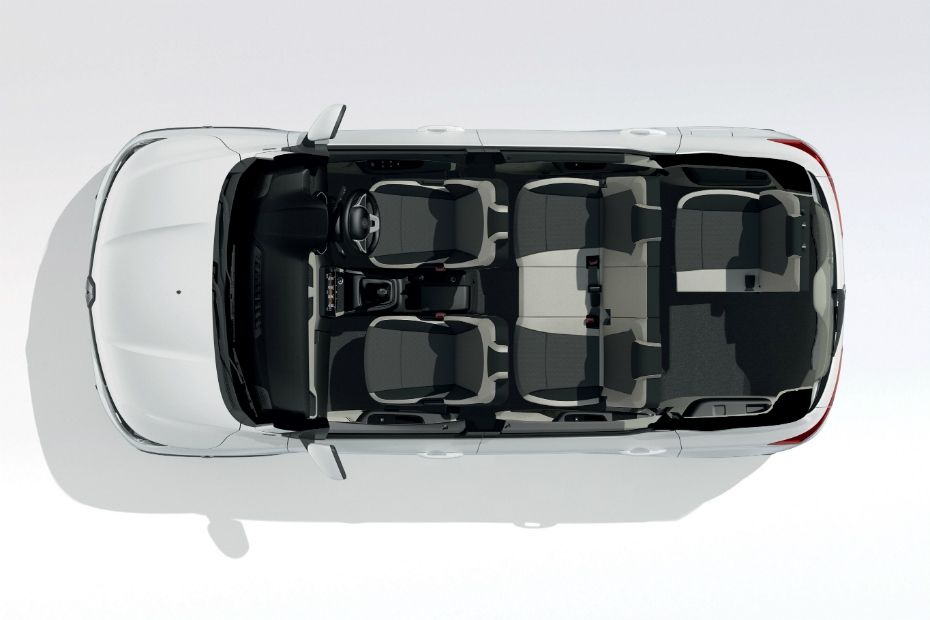 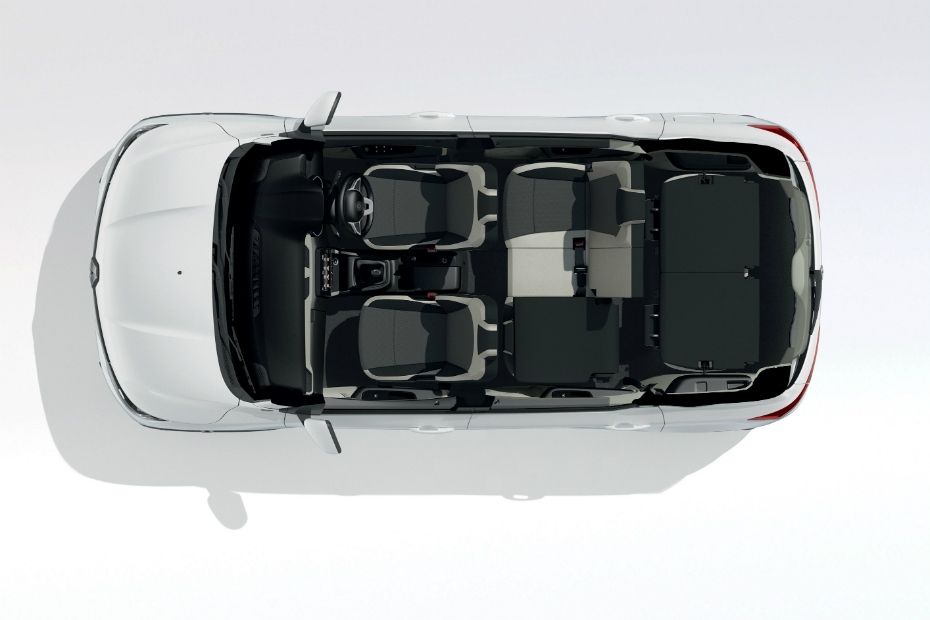 The Renault Triber also has a four seat layout. This is achieved by using one of the third row seats and folding down the 60-section of the middle row. If you line up the empty rear space with the folded-down middle seats, Renault says you could easily carry long luggage in the Triber, like a surfboard. Though it’ll probably more often be used for carrying items such as lamp stands, ladders, a bicycle or some modular furniture. Get rid of both rear seats and you can carry even more items with seating for three. 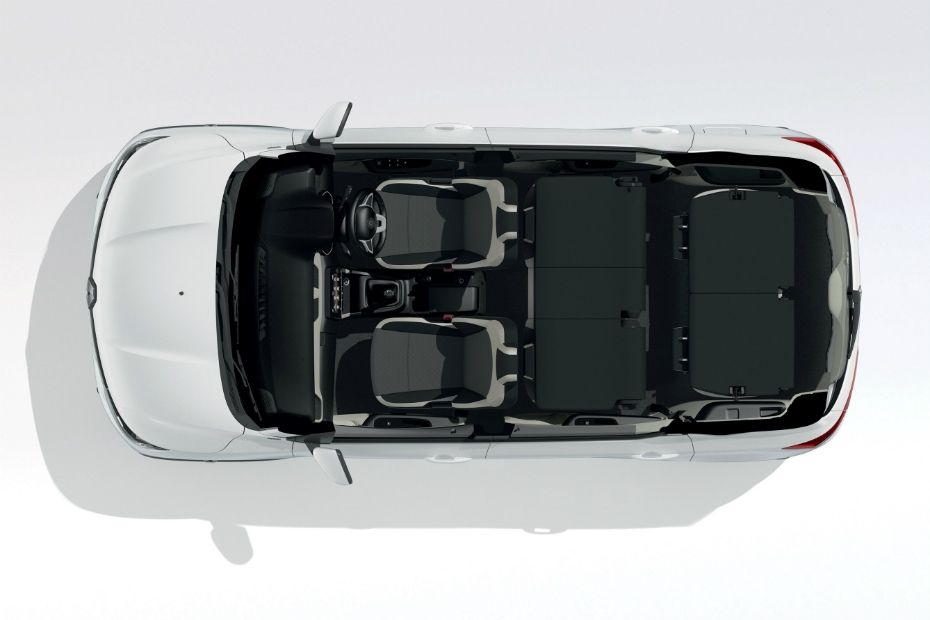 Finally we have the two-seater configuration of the Triber with no third row seats and the middle row folded down. Surprisingly, Renault has not stated the exact storage capacity of this layout but they did illustrate that it is sufficient to carry enough items for a two-person camping holiday. 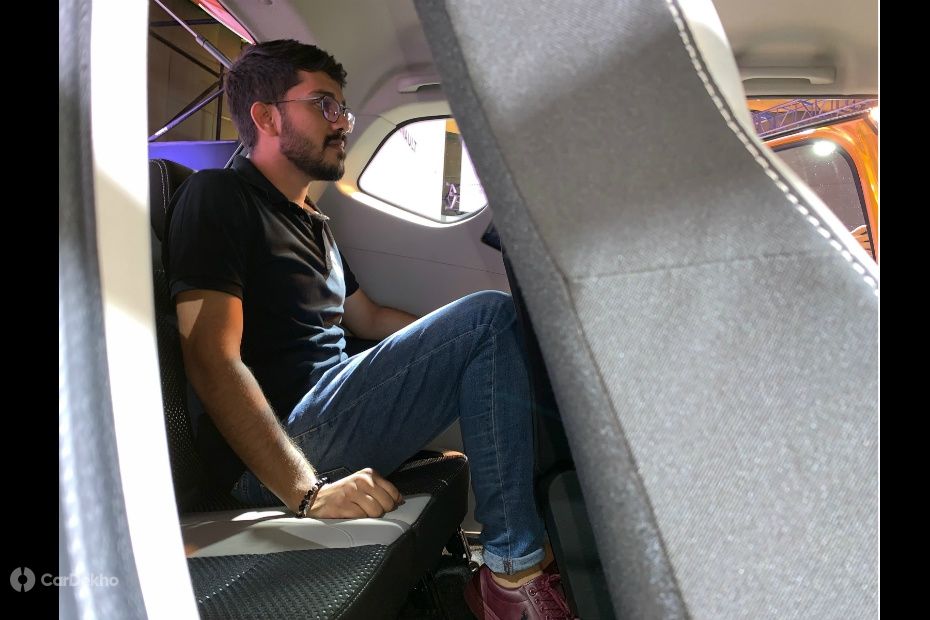 There are still further possibilities of seating configurations to play around with in the Renault Triber, depending on what you need. However, we would like to point out from our initial impressions that the third row 6th and 7th seats are low, with restricted kneeroom. They won’t be suitable for long travel, especially for adults. 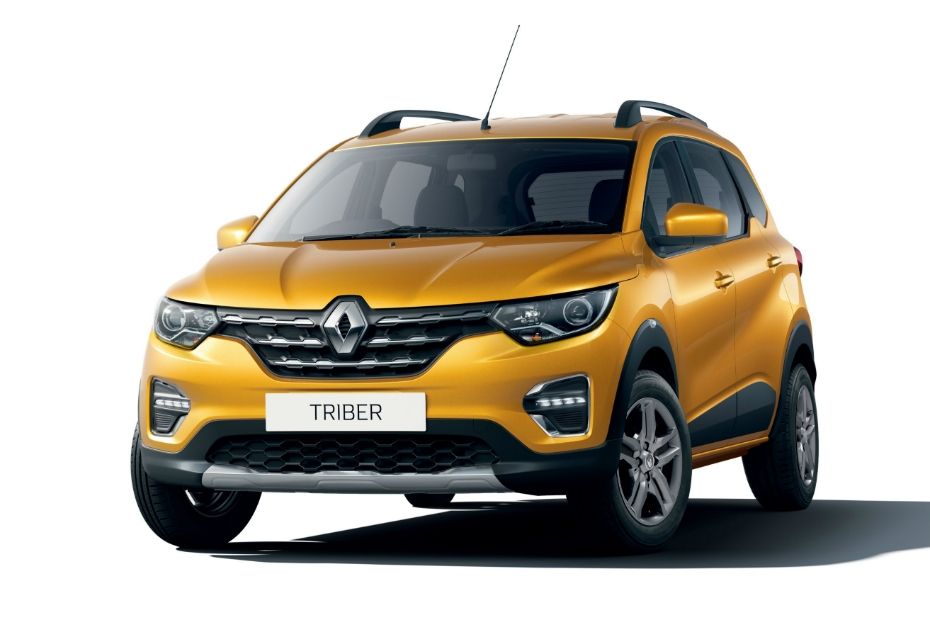 The Renault Triber will be powered by a 1.0-litre petrol engine with the choice of a 5-speed MT and a 5-speed AMT. It is expected to be launched in mid-2019 and will be positioned as an offering below the likes of the Renault Lodgy and Maruti Ertiga but above the Datsun GO+.