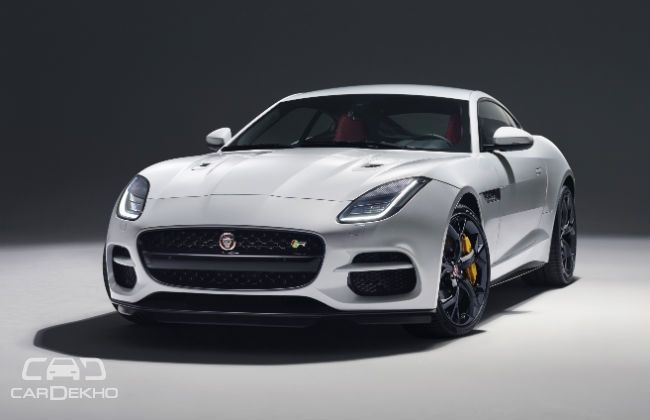 There has always been a lot to love about the Jaguar F-Type. It drives brilliantly, sounds fantastic and is achingly gorgeous. Now though, after the first avatar (convertible) that was launched in 2013 and was soon followed by the coupe in 2014, Jaguar is ready to launch an updated F-Type in the first quarter of 2017. Jaguar claims that the revamped F-Type offers more driver-focused tech and that customers will be spoilt for choice with 28 variants on offer. 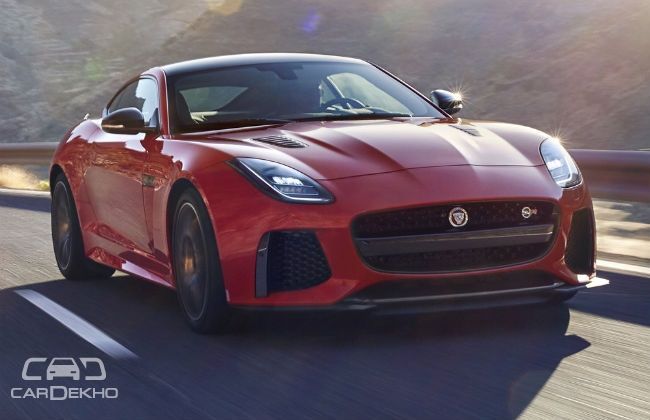 The 2018 F-Type range will be available in coupe and convertible forms and in five different trims - standard, R-Dynamic, 400 Sport, R and SVR. The standard and R-Dynamic trims will be powered by the same 3.0-litre V6 engine and the engine will be available in two states of tune - 340PS and 380PS. The engine that pumps out 340PS will be available with manual and auto transmissions and rear-wheel drive. The 380PS mill will be coupled to the same choice of gearboxes but customers will be able to opt for an all-wheel-drive system mated only to the auto box. 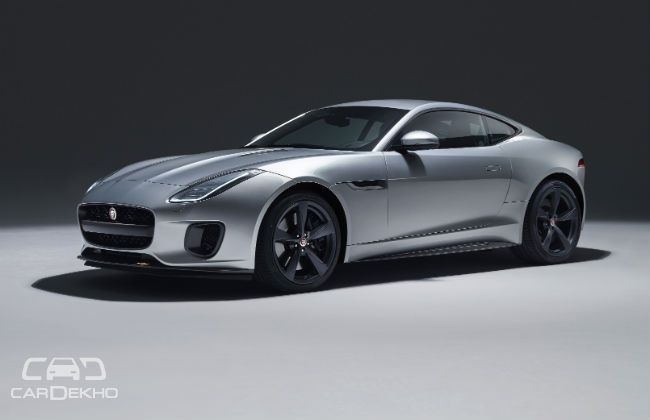 The rest of the range will get only automatic transmissions, with the 400 Sport’s 3.0-litre V6 producing 400PS of power and 460Nm of torque and the 5.0-litre V8 in R and SVR trims churning out 550PS/680Nm and 575PS/700Nm respectively. While the grunt of the V8s will be transferred to the road via Jaguar’s all-wheel-drive system only, the 400 Sport will be offered with both rear-drive and all-wheel-drive setup. 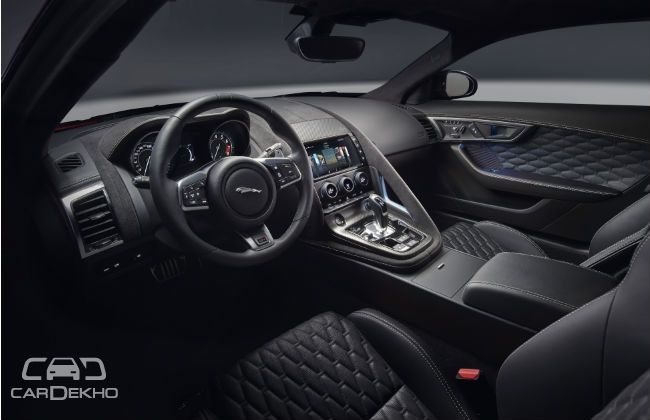 Jaguar has spent some time to make the refreshed F-Type look different to the model it will replace in the market. Apart from the grille and graphic shape, Jaguar has tweaked the front and rear bumpers and they will further vary in styling depending on the variant chosen. Newness is carried a step further with the full-LED headlights which still feature the distinctive J-Blade DRLs, which also act as direction indicators. The integrated adaptive front lighting system switches between different modes - city, motorway, country and bad weather, to get the best possible illumination up front. 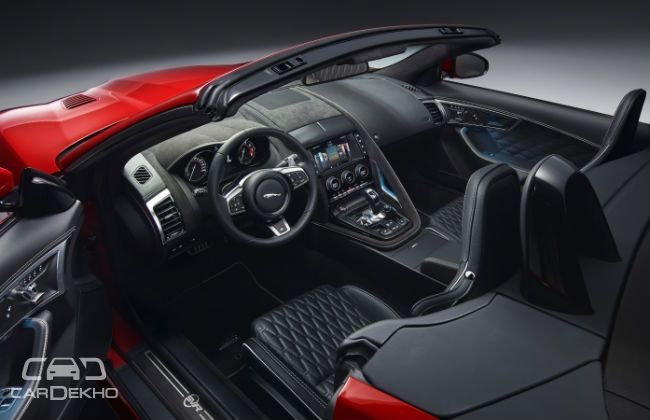 Step inside the cabin and there are some subtle changes. The seats, for instance, can be heated or pass cool air through its vents keep the passengers comfortable. Jaguar has even taken the pain to offer different types of seats - Sport and Performance. The former comes part of the standard and R-Dynamic range of F-Type whereas the latter is offered with the other three trims. Then there is the all-new Touch Pro infotainment system, which is coupled with a 60GB solid-state-drive, is 4G-ready, and incorporates sophisticated navigation system, Spotify app that recommends music playlists, and ReRun app that is developed in collaboration with GoPro. 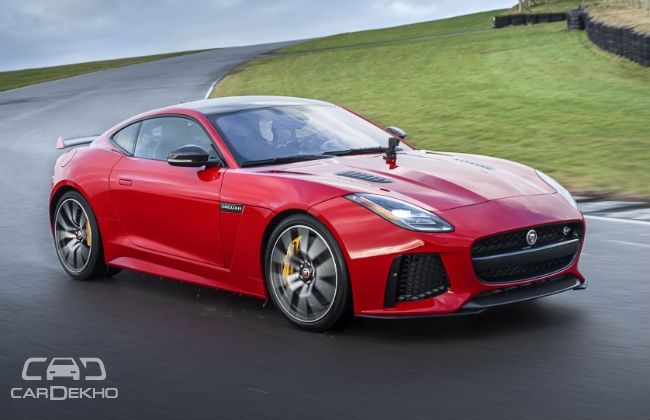 ReRun app is developed to capture and share driving experiences. To elaborate, ReRun enables real-time video from the GoPro camera and the feed is overlaid with key performance data from the car, including speed, throttle position, gear selection, braking force, g-force and steering wheel angle. The data is displayed using animated gauges. 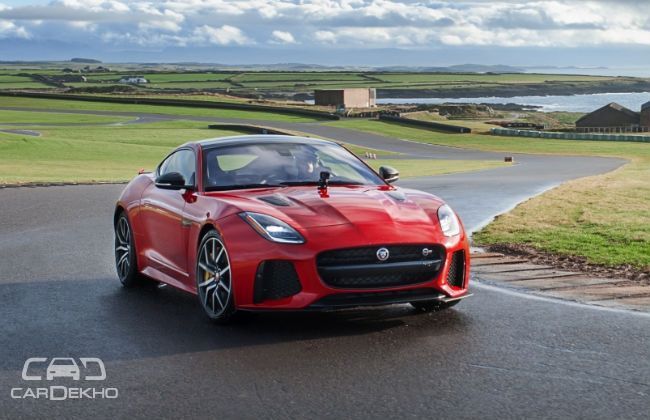 Customers can enjoy music on the go with the standard 10-speaker Meridian audio system, with an option to increase the speaker count to 12 for a better surround-sound effect. 10GB of space is specifically designated to user media storage and on the on-board tech learns about the owner’s taste in music and recommends playlists via Spotify. 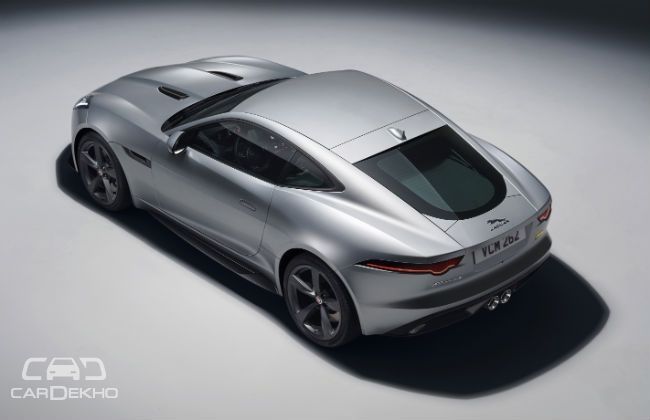 We expect Jaguar to launch the new F-Type in USA first as it is the car’s biggest market in the world. As is the case with all the updates, the facelifted F-Type will carry a slightly higher price tag.