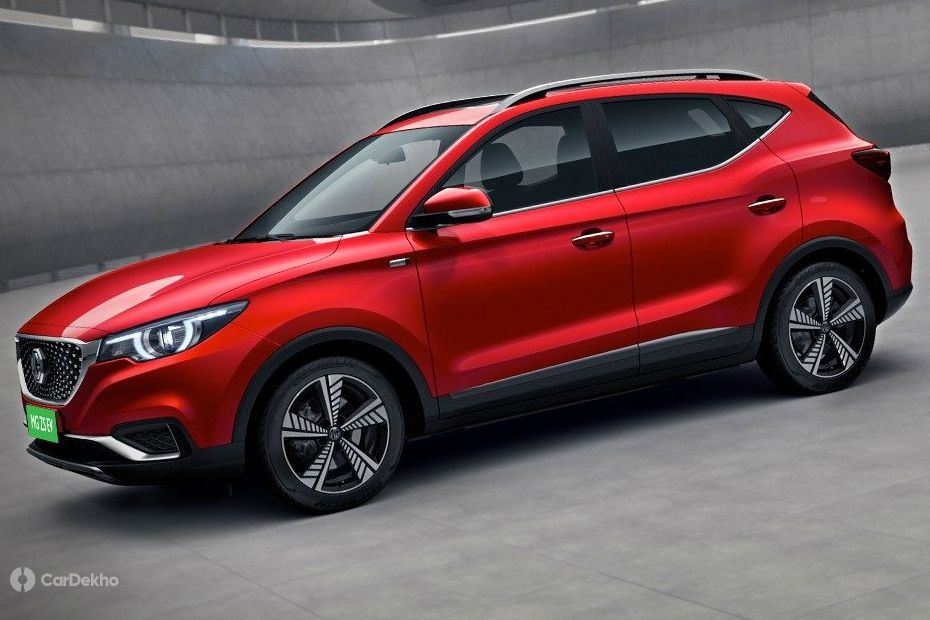 MG’s ZS EV is a very important car for India. Being among the first few log range electric cars to be sold in India, MG aims to give people a taste of what electric cars are all about. The British carmaker has unveiled the India-spec version of the all-electric SUV, which means it’s time to take a closer look at it. 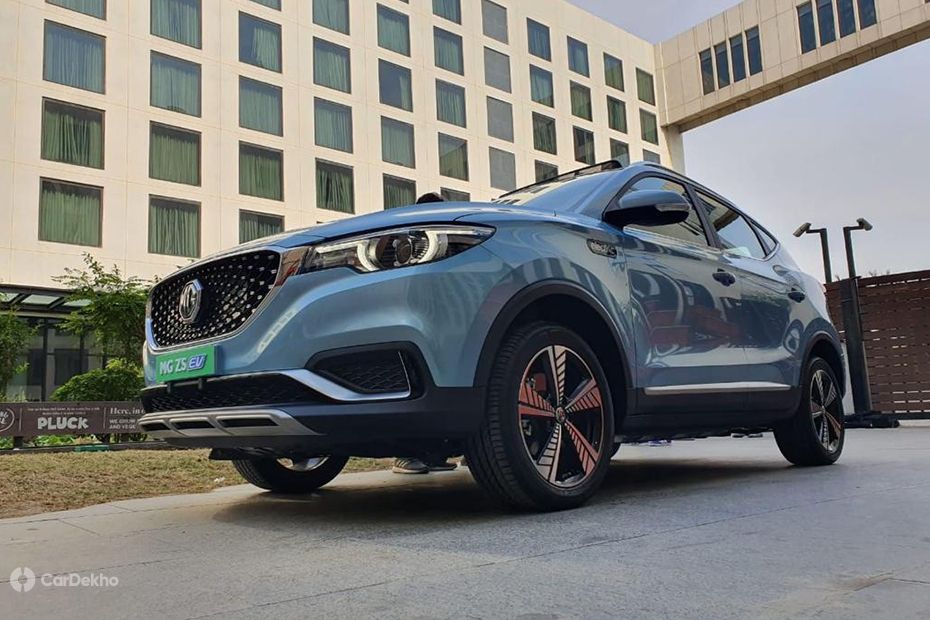 The MG ZS EV has a flowing design and there are hardly any sharp lines on the bodywork. While the grille features the same mesh pattern as the MG Hector, it is a lot more curvier than the almost rectangular unit on the latter. It gives the ZS EV immense road presence even from a distance. Meanwhile, the black cladding around the base of the car gives the ZS EV a slightly rugged appeal. However, the smooth curvy design of the rest of the car doesn’t allow it to be highlighted too much. 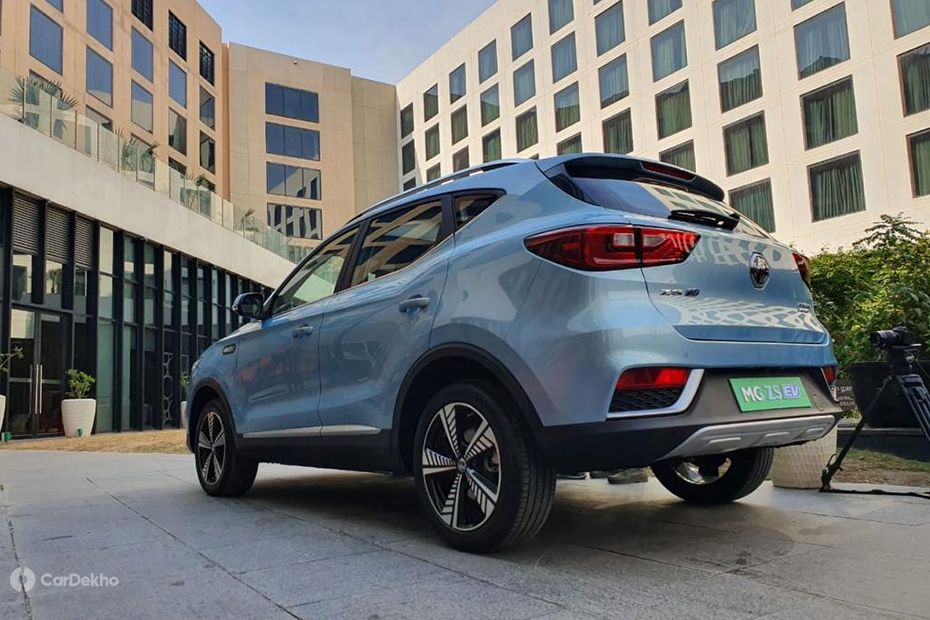 The MG logo at the centre grabs attention. The tail lights with LED elements don’t look too futuristic but gel well with the overall look of the car. 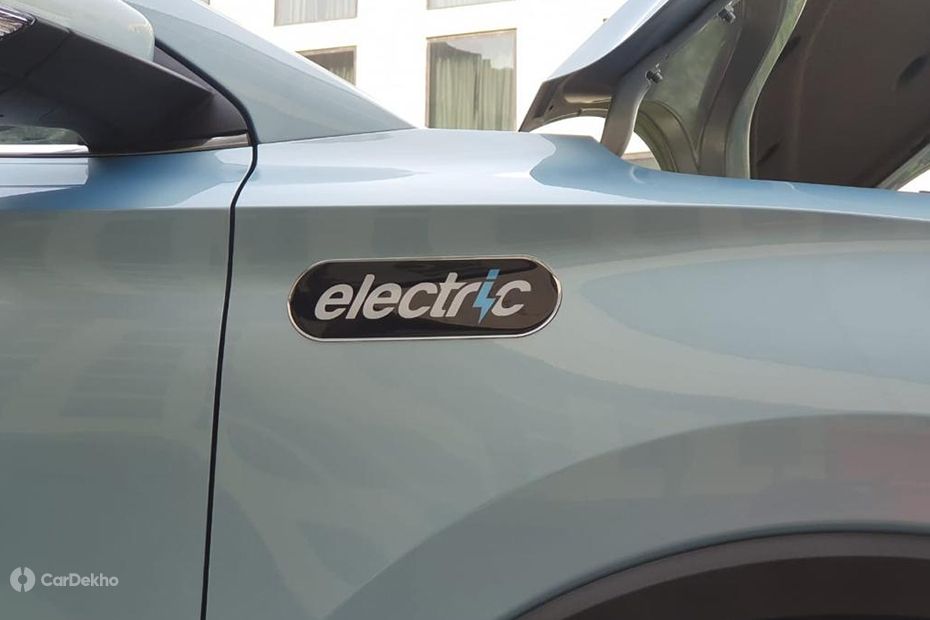 While the Hector gets an ‘Internet Inside’ badge on its front fender, the ZS EV gets an ‘Electric’ badging as that’s the main highlight of this SUV. 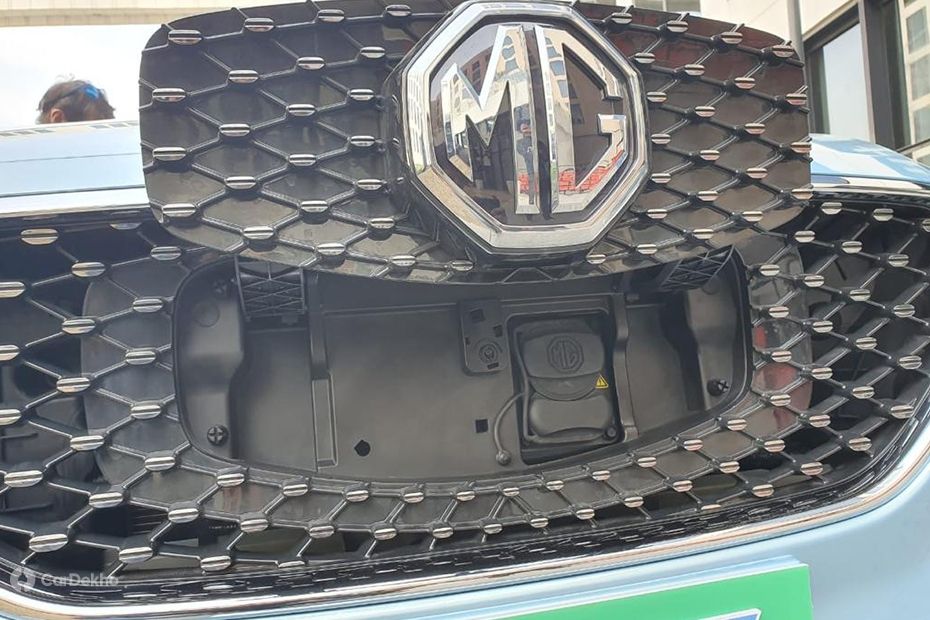 The charging port of the ZS EV is hidden neatly behind the front grille. A gentle push allows the flap to move out and upwards. The charging port supports DC fast charging, helping the ZS EV charge from 0-80 per cent in under 50 minutes. MG will provide the ZS EV with a 7.4kW AC wall box charger that’s capable of charging the car fully in 6 to 8 hours. The MG logo on the grille is also lit. 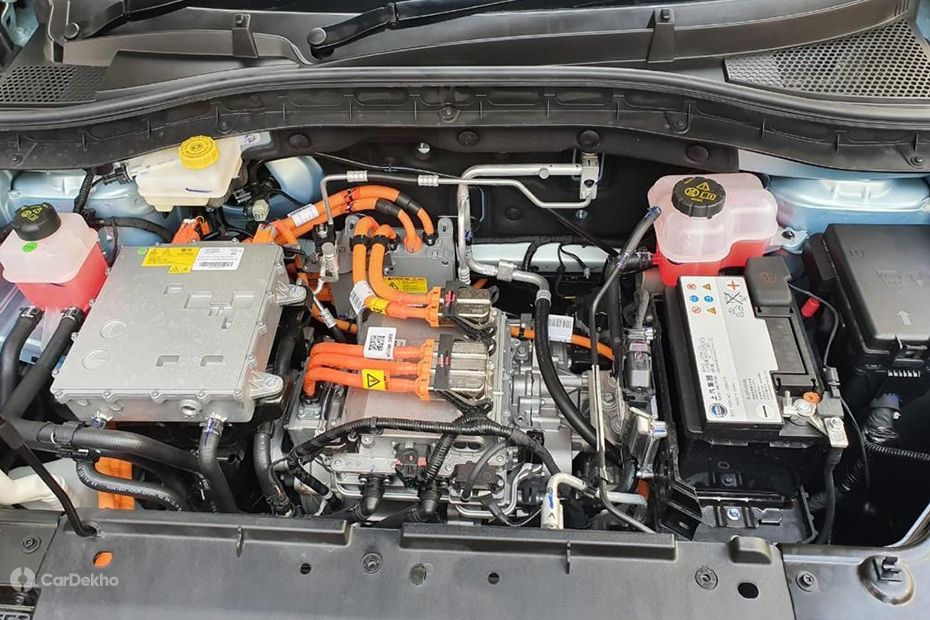 Well, it's not a traditional internal combustion engine, but it is what drives the car. This electric motor puts out 143PS of maximum power and 353Nm of peak torque, enabling the ZS EV to hit 0-100kmph in just 8.5 seconds. 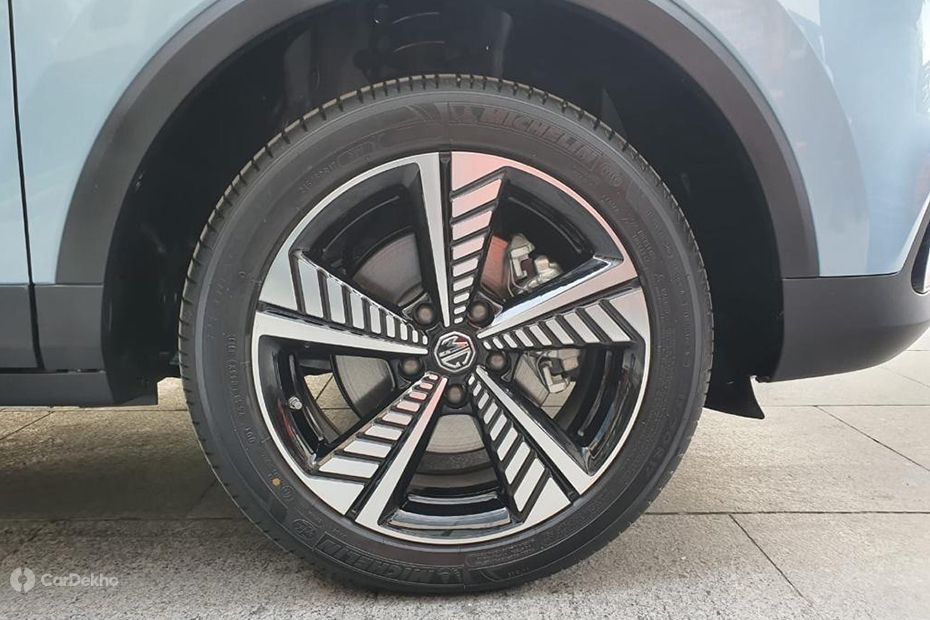 The ZS EV comes with 17-inch alloy wheels wrapped in 215/50 R17 Michelin tyres. The alloys feature a futuristic and edgy design, which in our opinion, doesn’t gel well with the smooth design of the SUV. However, they do look good as standalone units. 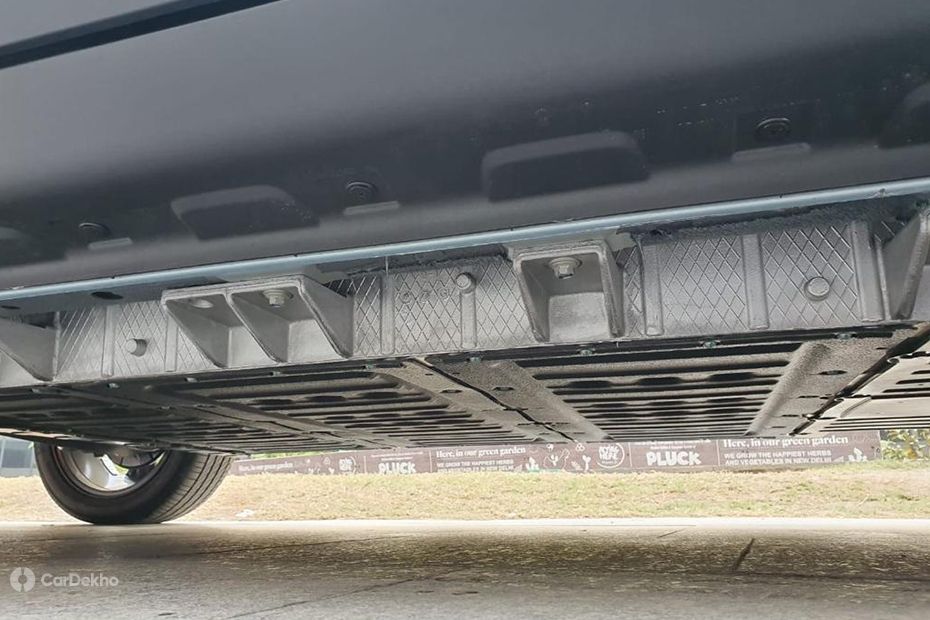 The 44.5kWh battery pack is mounted underneath the floorboard. While its looks susceptible to damage, it does get a lot of protection around it. What’s more, the battery pack is IP67 rated, meaning it is completely waterproof! 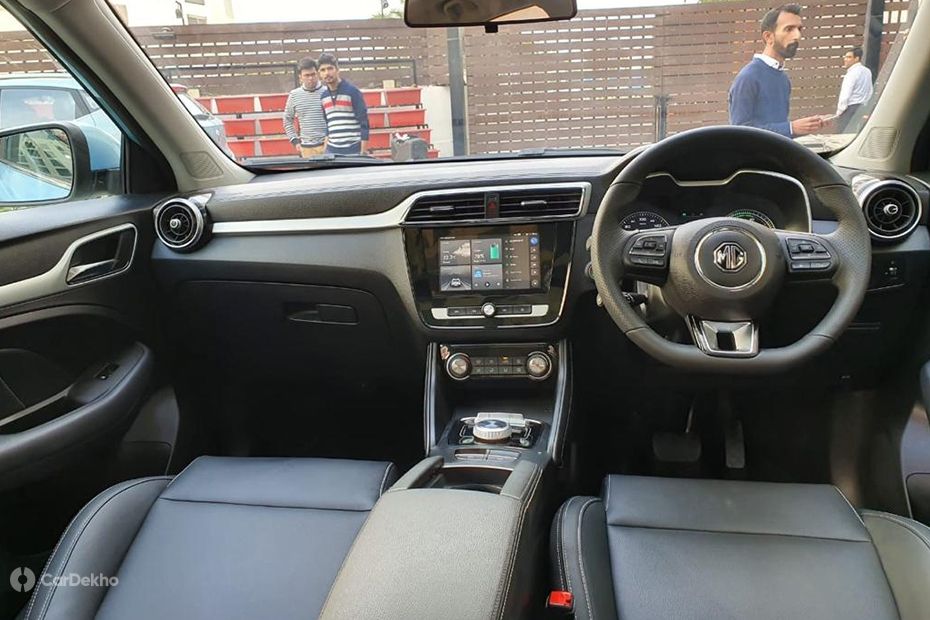 Step inside and you immediately realise that MG has tried to give this cabin a minimalistic vibe. It is decked in black and there is a healthy dose of silver and piano black trims around. Unlike the Hector, the screen is horizontally stacked and is smaller in size at 8-inches. Further, you get regular physical controls for the AC. 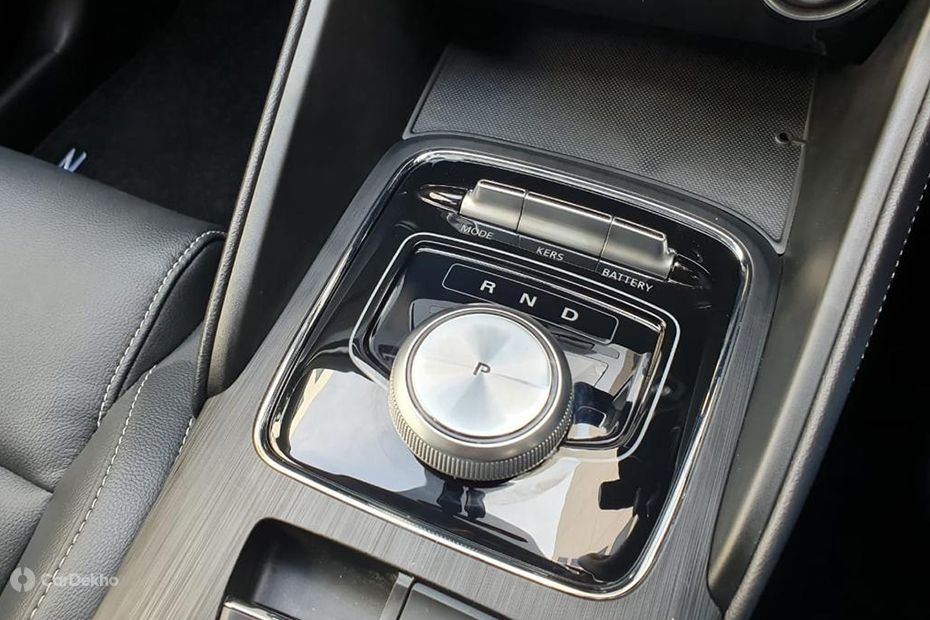 The gear selector looks quite premium. Ahead of it lie toggle switches that control the various drive modes, regenerative braking and battery pack. 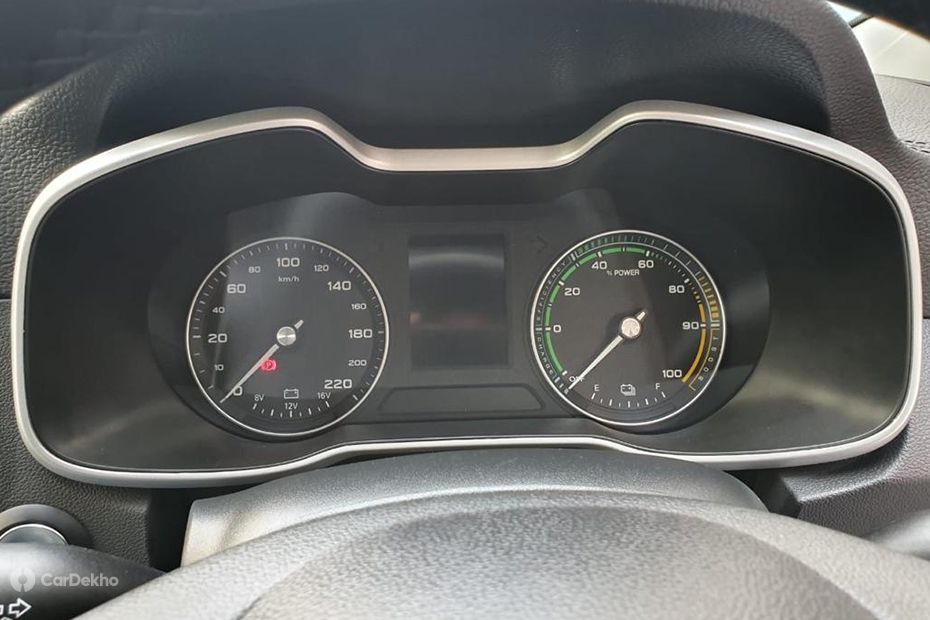 Unlike most modern cars, the ZS EV has twin analogue dials for the speedometer and power indicator. Despite being analogue, this instrument cluster looks quite good. There is a small screen in the middle that displays trip information and details about the various drive modes on offer. 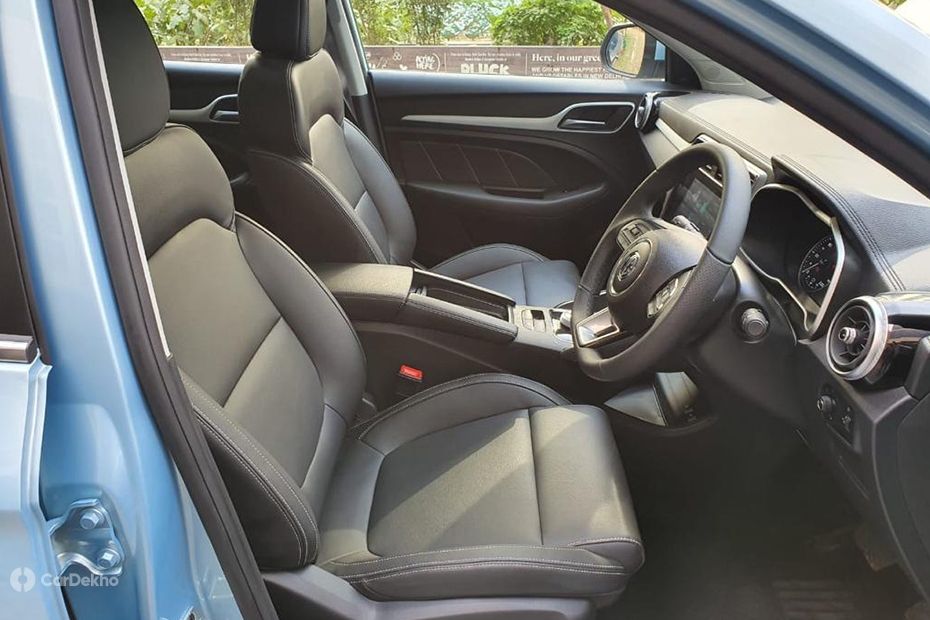 The seats are tall and there is good bolstering on the sides as well. We can’t wait to see how comfortable and supportive these chairs are by taking the ZS EV on a road trip! 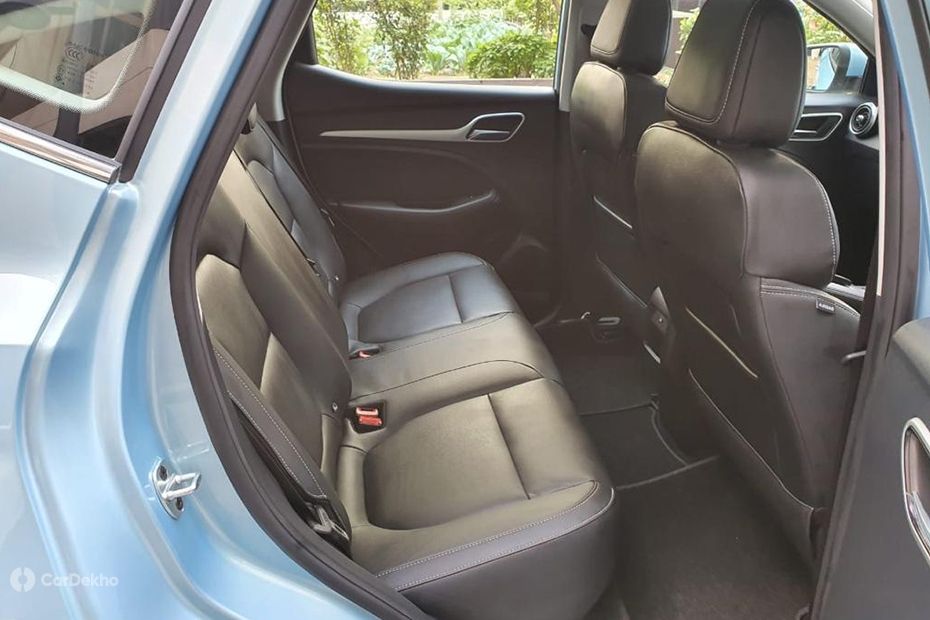 The rear seats’ recline angle and adequate seat base should provide good back and under thigh support. However, the contouring of the seat could make seating five passengers an issue. 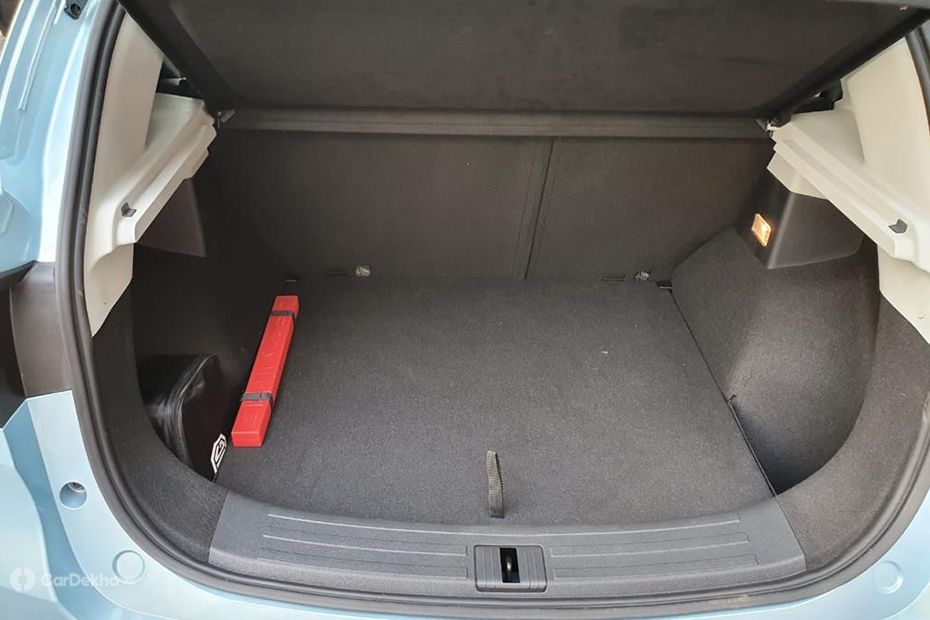 The boot looks to be of decent size and looks like it can take in four passengers’ worth of overnight bags really well, Rest assured, we will be testing out the ZS EV’s seat comfort and boot space as soon as we get our hands on one for a thorough review.