Honda has registered the BS6-petrol-manual version of the fourth-gen City with Delhi’s RTO. Will automatic and diesel variants follow? 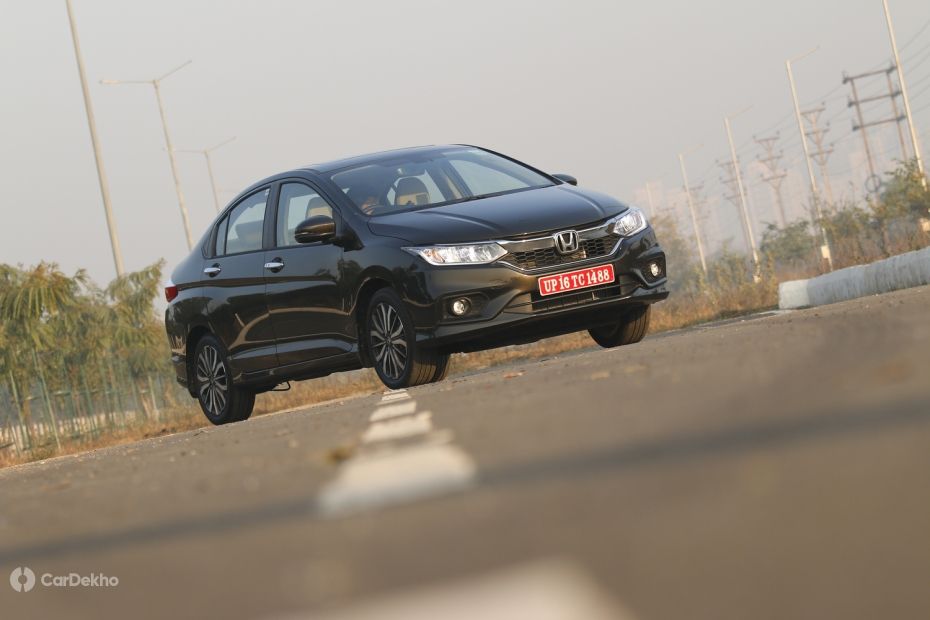 In a document obtained from the Delhi RTO, it has been revealed that Honda has obtained the required BS6 clearance for the City from the capital’s transport authority. The clearance in question is for the petrol-manual variants of the City, of which there are four (SV, V, VX, ZX). 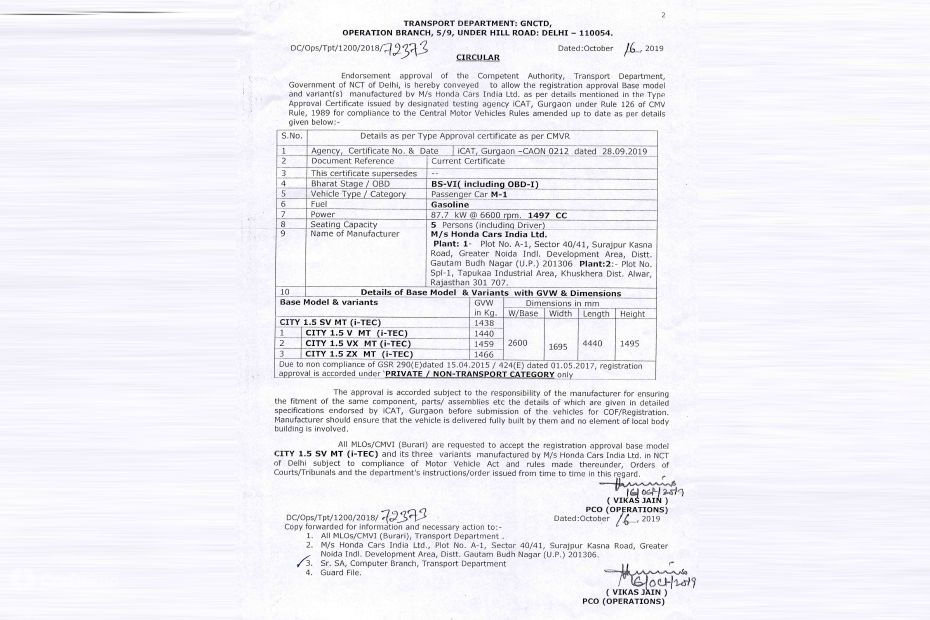 For those you following Cardekho.com closely, you will remember that Honda has been testing the upcoming fifth-gen City on public roads in India. However, the car registered with the Delhi RTO is the current fourth-gen City, albeit with a 1.5-litre BS6 petrol engine. This is evident from the given dimensions of the sedan in the document, which are exactly the same as those of the current City.

The document also does not mention anything about the City’s diesel variant. However, this is not an indicator of Honda ditiching diesel engines altogether as it has already confirmed it will continue selling diesel cars in India in the BS6 era. Expect the BS6 diesel to be introduced closer to the Government's April 2020 deadline. Another thing missing from the document are petrol-automatic variants of the City. The current BS4 City is available with an automatic gearbox in three out of its four variants. However, the BS6 City was listed with a manual transmission only. Expect the automatic variants to be introduced alongside the manual ones.

The price of the City will also go up with the conversion to BS6. Currently, the petrol-manual City starts at Rs 9.81 lakh and goes up to Rs 12.86 lakh (ex-showroom New Delhi). Expect this to go up by about Rs 30,000 once the BS6 model goes on sale soon in the coming months. 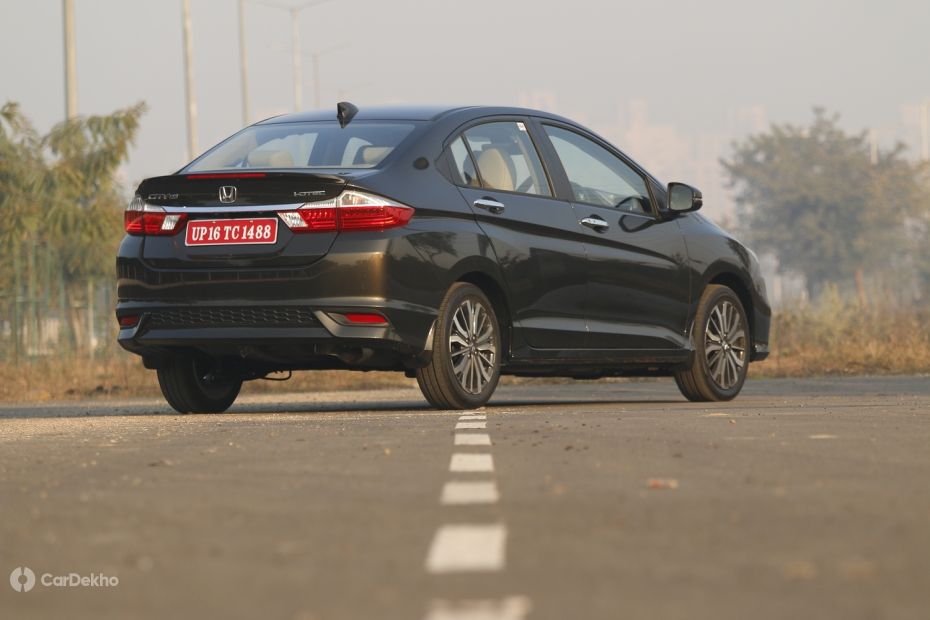 As for the new fifth-gen 2020 City, it will be revealed in Thailand next month. We expect it to come to India sometime next year, probably in the second half. Stay tuned to Cardekho.com for more on the same.