Production of the petrol-powered 6GT, which was launched at the Auto Expo 2018, has begun in India 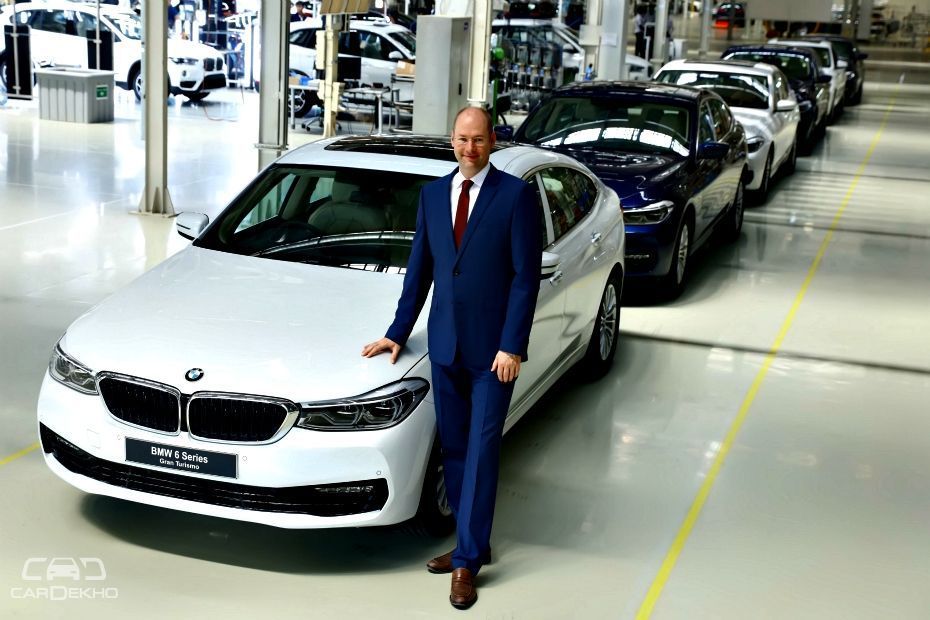 BMW launched the 6GT in India at the recently concluded Auto Expo 2018 with a price tag of Rs 58.9 lakh (ex-showroom pan-India). Now, the carmaker has announced that the first locally produced 6GT has rolled out of its Chennai plant today. With this, the 6GT has become the eighth BMW car to be locally produced, after the 3 Series, 3 Series Gran Turismo, 5 Series, 7 Series, X1, X3 and the X5.

BMW says, following the ‘Production follows the market’ approach, it has already boosted the level of localisation at its Chennai plant to up to 50 percent.

The 6GT was launched in India in a single petrol-powered variant only, the 630i. However, the manufacturer confirmed that the diesel-powered iteration of the grand tourer is set to launch later in 2018.

The 630i is powered by a 2.0-litre petrol engine that generates 258PS of maximum power and 400Nm of peak torque. The power is sent to the rear wheels via an 8-speed ZF automatic transmission. BMW claims the 6GT is the first BSVI-compliant car to be produced in the country.

Along with a powerful engine, the 6GT also gets a host of comfort features such as a panoramic sunroof, digital instrument cluster with 12.3-inch touchscreen and a 10.25-inch infotainment system with gesture control and a 205W, 12-speaker sound system, among others.