This is the second concept of the upcoming range-topping Q SUV in Audi’s line-up. Remember the Audi Q8 concept, which made its world premier at the 2017 Detroit Motor Show in January? Now, the Ingolstadt-based automaker has showcased the second concept of the upcoming range-topping Audi Q SUV – the 2018 Q8 – at the ongoing 2017 Geneva Motor Show. 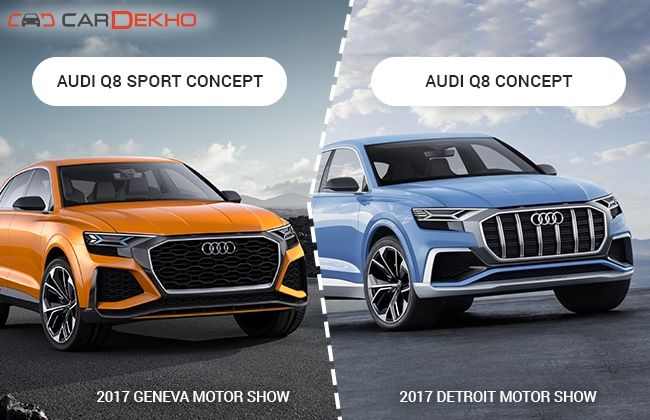 Audi has stepped up its game with the Q8 Sport concept in terms of output and overall range as opposed to the already powerful Q8 concept. The Q8 Sport packs a 3.0-litre TFSI six-cylinder engine with a mild hybrid system and an electric-powered compressor (electric turbocharger). Audi claims that this setup is the world’s first! The Audi Q8 Concept, on the other hand, also uses the same motor, but is a plug-in hybrid model. 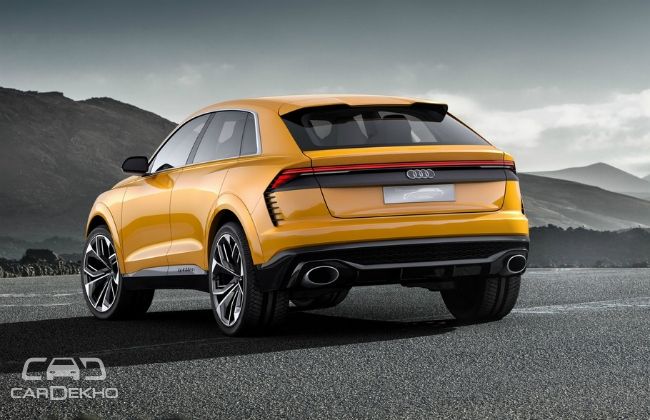 The Q8 Sport concept’s powertrain puts out 476PS (26PS more than the Q8 concept) along with 700Nm of torque (no change in overall torque output). It sprints from nought to 100kmph in 4.7 seconds (0.7 seconds quicker) and will keep on accelerating till 275kmph (25kmph more). Interestingly, the cruising range of the Q8 Sport concept is upped by 200km (1200km now), compared to the Q8 concept on a single tank of petrol. 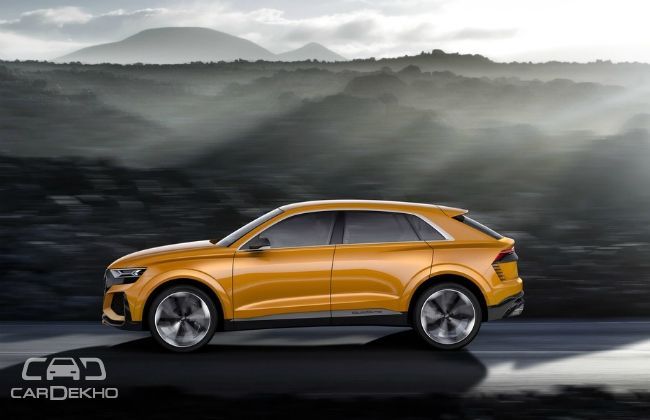 Visually, the Q8 Sport gets go-fast additions to make it stand out as opposed to the Q8 concept. The octagonal grille that made its debut with the latter, gets a new honeycomb insert in place of the vertical slats in the Detroit concept. It also features relatively pronounced wheel arches, along with a long roof edge spoiler, an aluminium diffuser and oval exhaust tailpipes. 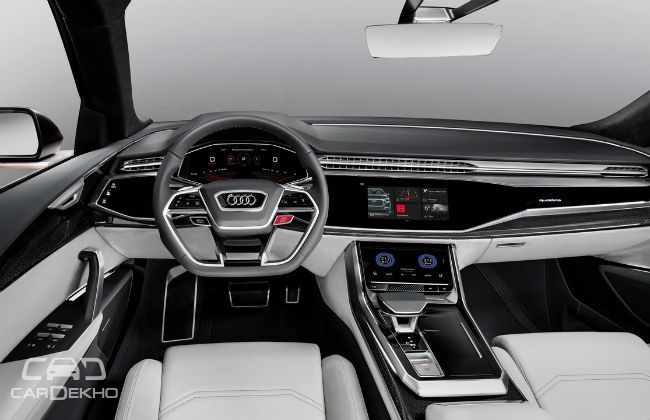 The regular Q8 is likely to go on sale next year globally, while the sportier one that made its debut at the Geneva is probably due for a 2019 introduction. As far its India debut is concerned, it is likely to enter the Indian market post the commencement of global sales.