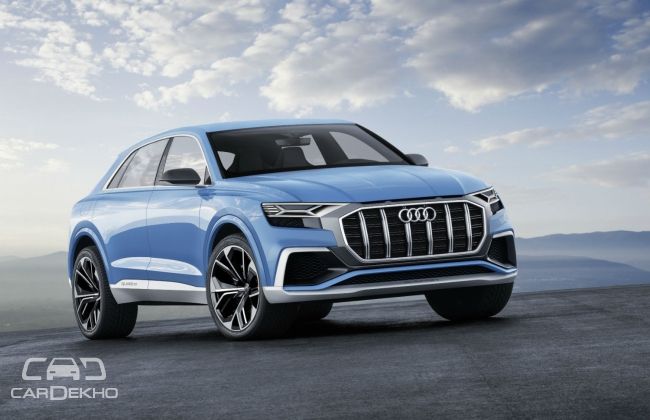 Audi has a knack of dishing out some stellar concepts on a regular basis. While the motive has always been the same i.e. to showcase the future, it's the ability to retain cues from the concept into the production version that earns it brownie points in our books. In other words, while most production avatars of concept cars look like an exercise in cost cutting, Audis don't. The latest one to join this bandwagon is the Q8 concept. Showcased at the ongoing Detroit Motor Show, Audi has already begun testing its production avatar.  Let's take a peek into what Audi thinks its flagship SUV should be like.

First up, is the gorgeous Bombay Blue colour that shows off the size of the behemoth rather well. For the spec geeks, the Q8 measures a sizeable 5.02 metres in length, 2.04 metres in width and 1.70 metres in height. Clearly, Audi believes in the 'Bigger is better' mantra. The design, even in a concept avatar is rather minimalistic if you excuse the absolutely bonkers 23-inch wheels that is. The stance, the lines and the overall profile of the SUV seem like a Q7 that's been sharpened up a bit. 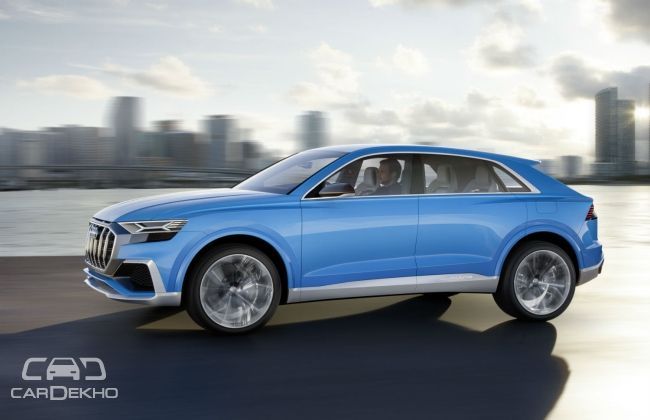 The front is aggressive, courtesy the octagonal grille that gets six vertical slats finished in chrome. The wedge-shaped headlamps, predictably, feature Audi's laser lighting technology and get dynamic indicators as well. What adds to the sense of drama are the gaping air inlets and the aluminium 'blade' that underlines the edge of the bumper.

Round to the side, the Q8 makes every bit of its five-metre length known. The wheels are pushed out towards the edges, giving it short overhangs and a generous 3.0-metre wheelbase. The doors are frameless, and the roofline gently slopes into the hatch. The wide C-pillar is a throwback to the lovely Audi Ur-Quattro from the 1980s, giving it a nice retro touch. Old-school touches are balanced out with some modern tech too. For instance, the Q8 doesn't have door handles - at all! Instead, it features sensors, that detect hand contact and open the doors up to a predefined angle. 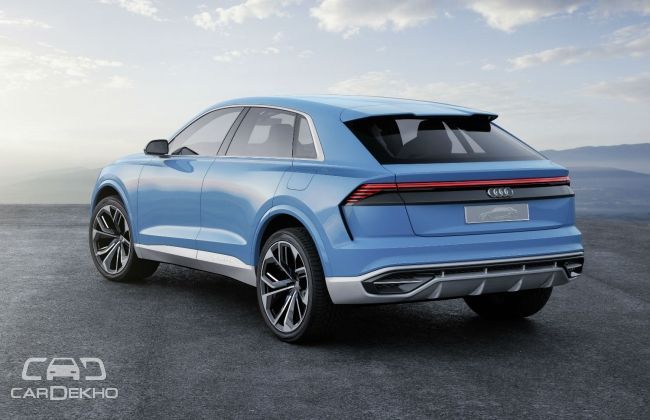 The rear is flat, featuring LED taillamps that run across the width of the car. There's yet another tribute to the Ur-Quattro, in the form of the black trim strip that houses the license plate. NICE! Finer details, such as the high-set aluminium-finished diffuser complete the look.

Now, you'd imagine that a massive SUV like the Q8 should seat seven. Well, that isn't the case. It is a luxo-lounge for four, with individual bucket seats for each occupant. There's a nice play of soft colours, that are contrasted by the strong overtones of the gloss black panels and aluminium trinkets. 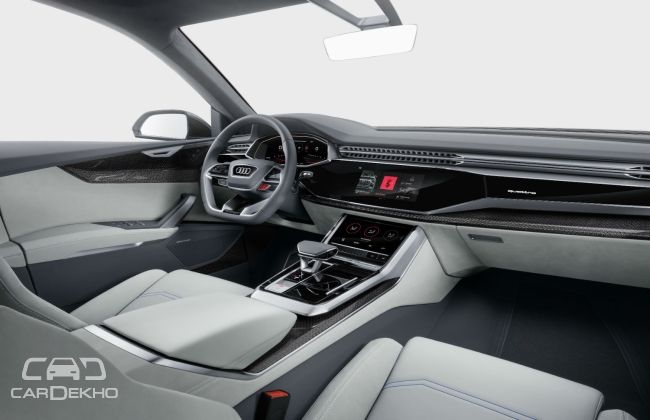 What are these gloss black panels? They're touch screens that let one control practically everything. The piece de resistance is Audi's Virtual Cockpit - a 12.3-inch TFT display that acts as the instrument cluster. Other touch panels can be used to control the automatic climate control interface and the lighting in the cabin. 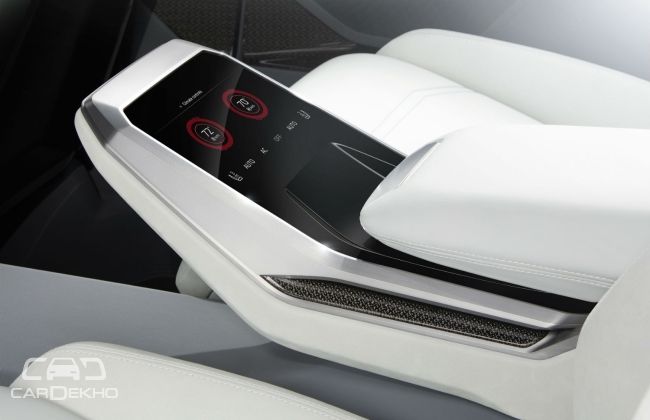 And, in true Audi fashion, it's a nice mix of feel-good tech and practicality. It gets a funky heads-up display that uses augmented reality tech to place instructions directly in the driver's line of sight. For example, a navigation arrow appears in the same position as an actual arrow on the road. All that tech is packed into a car that manages to have 680 litres of cargo space as well. 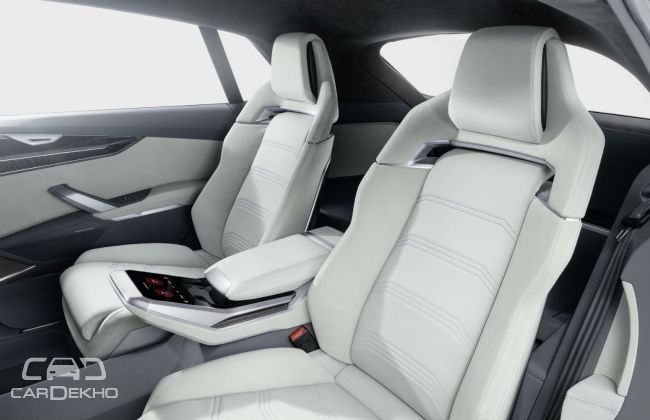 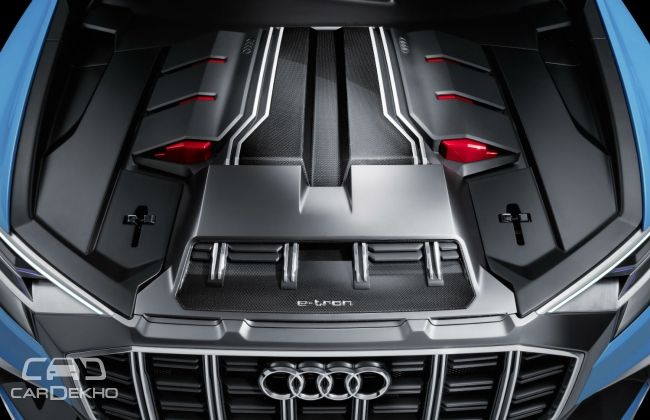 It is super efficient as well, sipping just 2.3-litres of fuel per 100 kilometres. That's close to 44kmpl, which is no mean feat, considering this is a full-size SUV we're talking about. The total range between tank ups is an impressive 1,000 kilometres, sixty of which can be covered in pure electric mode.

Audi is already putting prototype versions of the Q8 to the test, and we could see a formal debut as early as next year.