Now based on the MQB platform, the second-gen SUV is larger than before and sports new petrol engines too 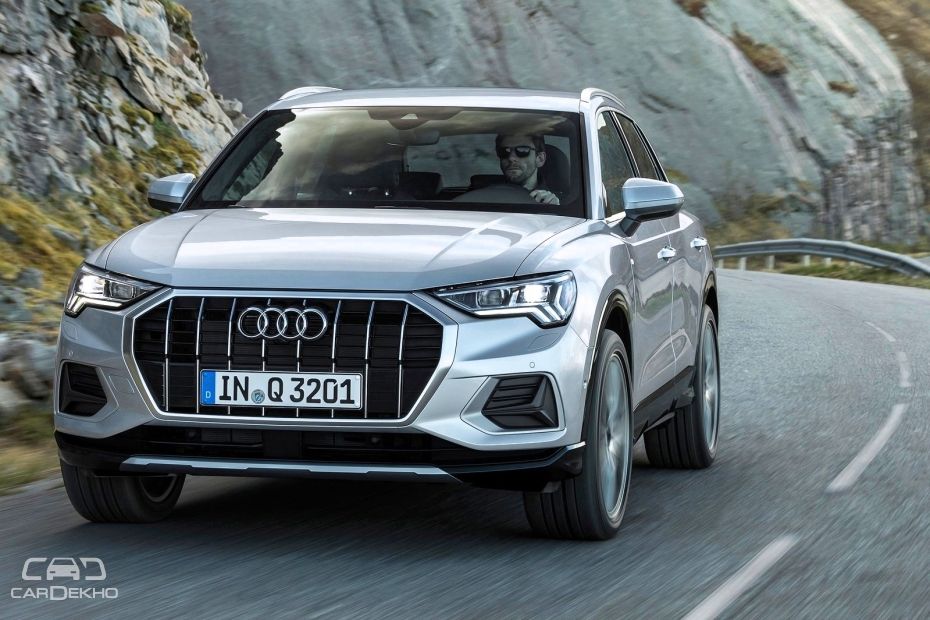 Audi has unveiled the second-generation of its compact luxury SUV, the Q3, which made its international debut back in 2011. Launched in India in 2012, the outgoing Q3 received a facelift in 2015. The new model, which is expected to make its way into India early next year, promises to be more spacious than before.

Unlike the outgoing model, the 2019 Q3 is based on the Volkswagen Group’s MQB platform that also underpins other cars from the group such as the Audi A3, Skoda Octavia, Superb, Kodiaq, Karoq, the VW Tiguan, Passat and Audi TT, among others. The modular platform has helped the SUV grow in size too. Check out how it fares against the outgoing model below:

The 2019 Q3 is 97mm longer, 25mm wider than the outgoing version. It even has a wheelbase that is 77mm longer than before. This should result in a roomier cabin.

Audi says the rear seats on the Q3 are adjustable and can be moved fore/aft by 150mm. Thanks to this, it has a maximum boot space of 1,525 litres, with the minimum being 530 litres, which is 70 litres more than the current model. The sliding rear seats should also result in more legroom.

How does the new SUV look? 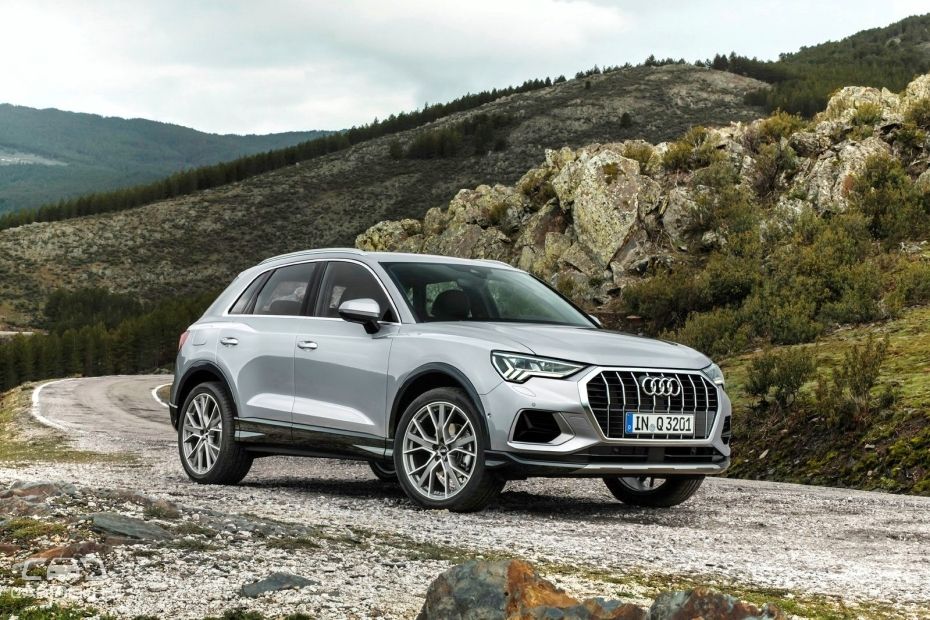 The new Q3 borrows design cues from the flagship Q8 SUV. As a result, it looks quite aggressive. It features a large, single-frame octagonal grille with vertical slats and an edgier front bumper with large air dams. It also gets new wedge-like LED headlamps that house geometric-shaped LED daytime running lamps (DRLs) which also double up as turn indicators. 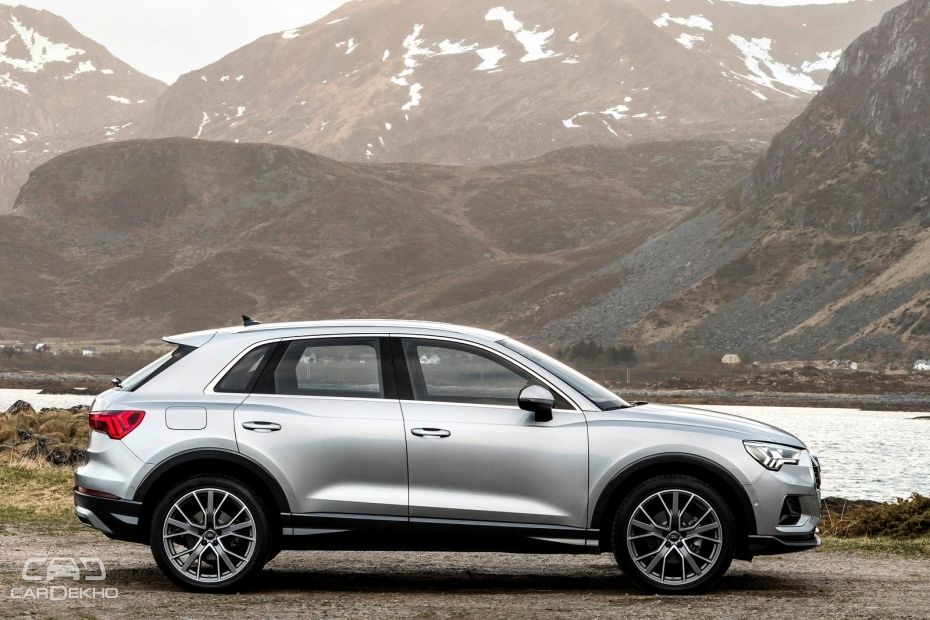 The side profile consists of a prominent shoulder line that runs from the top of the bonnet (from the headlights) to the back of the car, adding to the sporty appeal of the SUV. Audi says that the contours over the wheel arches draw inspiration from Audi’s quattro DNA and make the SUV seem wider. 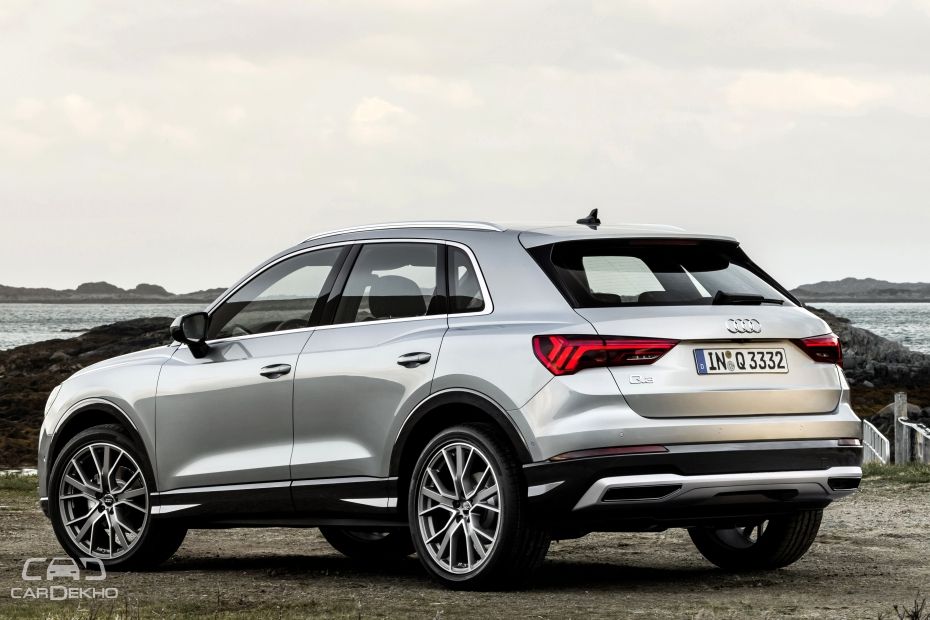 At the rear, the Q3 gets a spoiler flanking the rear windshield, while the new tail lamps mimic the detailing of the LED DRLs at the front. The design of the rear bumper is also new and features a faux skid plate with trapezoidal exhaust tips on either side. 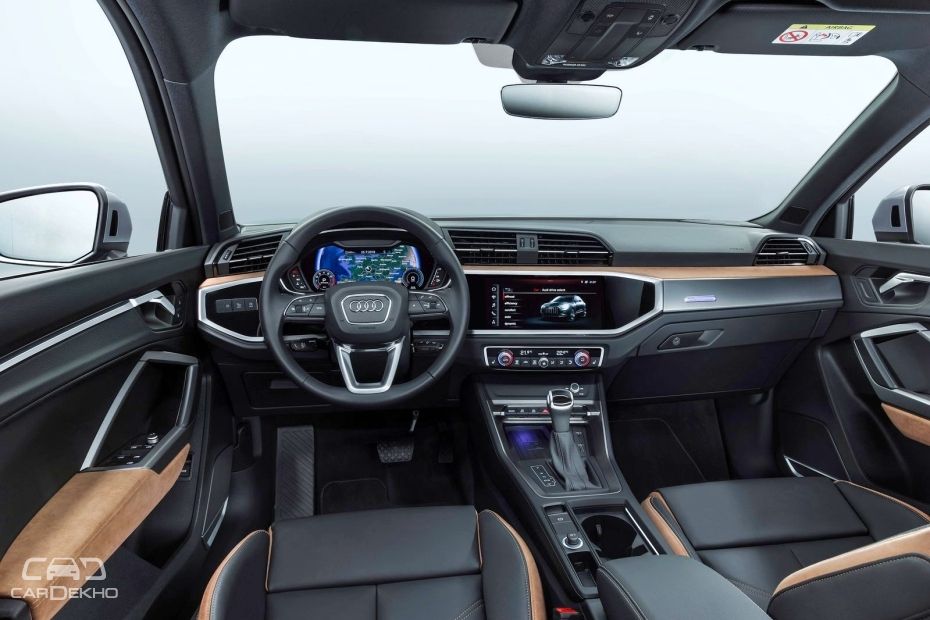 Like the exterior, the 2019 Q3’s cabin also draws inspiration from the flagship Q8. The dashboard emphasises width of the car and features an 8.1-inch infotainment screen (upgradable to 10.1-inch) integrated into a driver-centric piano black panel with a tilt of 10 degrees. However, unlike the flagship SUV, the Q3 gets four individual AC vents instead of continuous louvers. Also missing is the touch panel controls for the aircon. Instead, it gets a  regular knob-type unit.

The new Q3 also features the 10.25-inch (12.3-inch screen optional) Audi Virtual Cockpit instrument cluster which we’ve seen on all new Audis. This console can be controlled via the new multifunctional steering wheel. Other features on offer include an infotainment system with Apple CarPlay and Android Auto support and a 15-speaker Bang and Olufsen sound system. It also gets a 30-colour ambient lighting system, a two-zone climate control, a heated steering wheel and a panoramic sunroof. 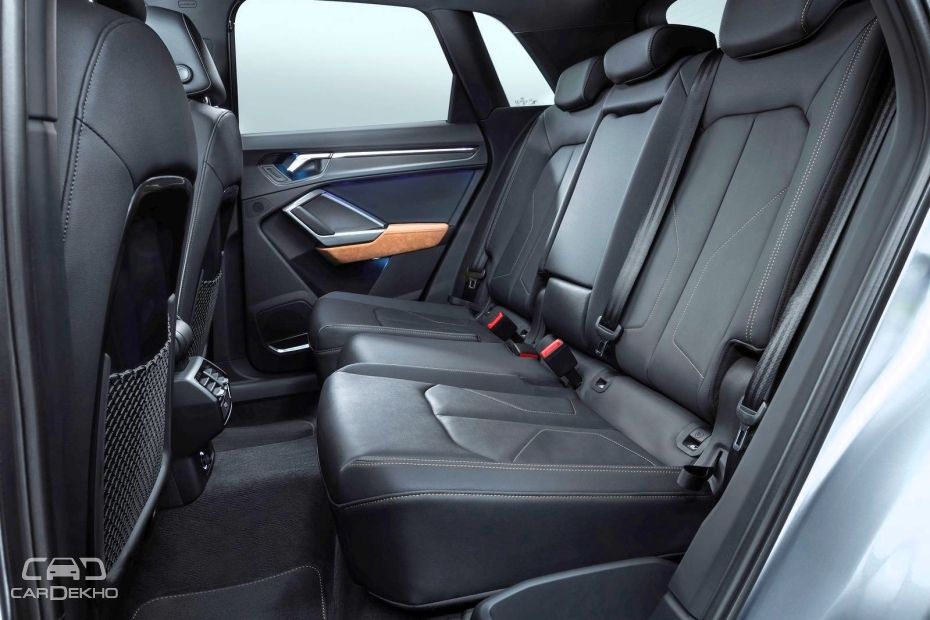 The 2019 Q3 is also equipped with a host of safety and driver assistance systems. It gets adaptive cruise control with traffic jam assist and active lane assist, lane departure warning, active park assist (which automatically steers the car in and out of parking spots), blind spot detection, cross-traffic assist and a 360-degree view camera with display on the infotainment screen. 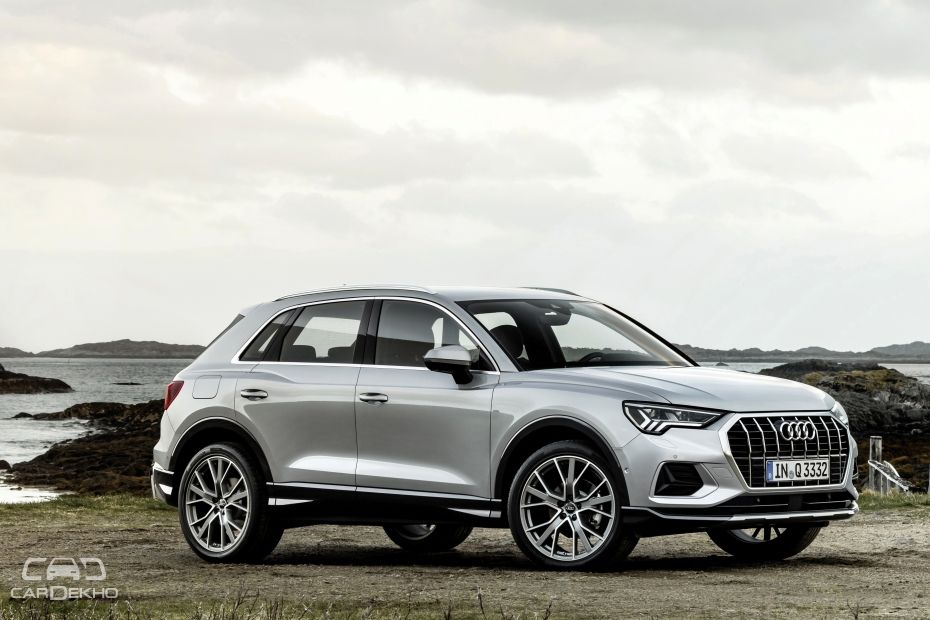 In Europe, the new Q3 will be offered with 2.0-litre petrol and diesel engines along with a new 1.5-litre petrol motor. Where the smaller petrol makes 150PS, the larger petrol unit will be available in two states of tune - 190PS and 230PS. The 2.0-litre diesel engine, on the other hand, produces 190PS of power. These engines will be offered with the option of a 6-speed manual or a 7-speed dual-clutch transmission. The 2019 Q3 will also be available with the quattro four-wheel drive system, like its predecessor.

When are we getting the new SUV in India?

Set to go on sale in Europe by November 2018, we expect the new SUV to land in India by early 2019. When launched, it will renew its rivalry with the BMW X1, Mercedes-Benz GLA and the recently launched Volvo XC40.

Also Read: Audi To Bring Cars With New Body Styles To India; Could It Be The A1, Q2 or Q8?