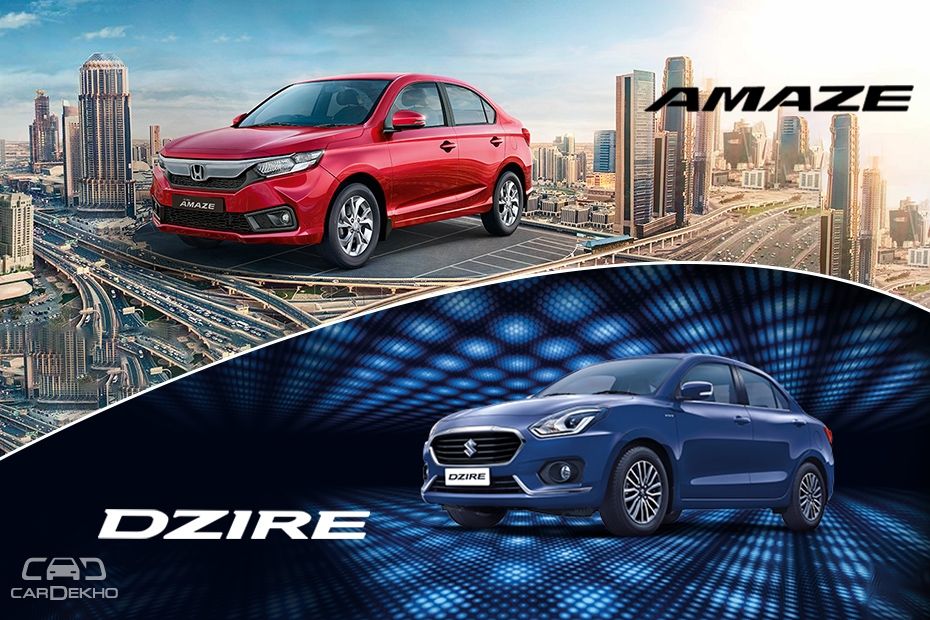 With the second-gen Amaze, Honda has upped its ante in the sub-4m sedan space as the car looks far more appealing than its predecessor and is more feature-rich too. Maruti Suzuki also launched the new generation Dzire last year, which turned out to be a big improvement over its previous avatar.

In their new generations, both the sedans are closely matched on the price chart. So which one should you go for if cabin space is your top priority? We have the answer to the tricky question. While both the cars are equally long, the Dzire pips the 2018 Amaze on overall width and height. It is wider than the Amaze by 40mm and taller by 14mm. However, the Honda’s wheelbase is 20mm longer than the Maruti and that would, in most cases, make us believe that the Amaze should be the more spacious of the two. But is that really the case? 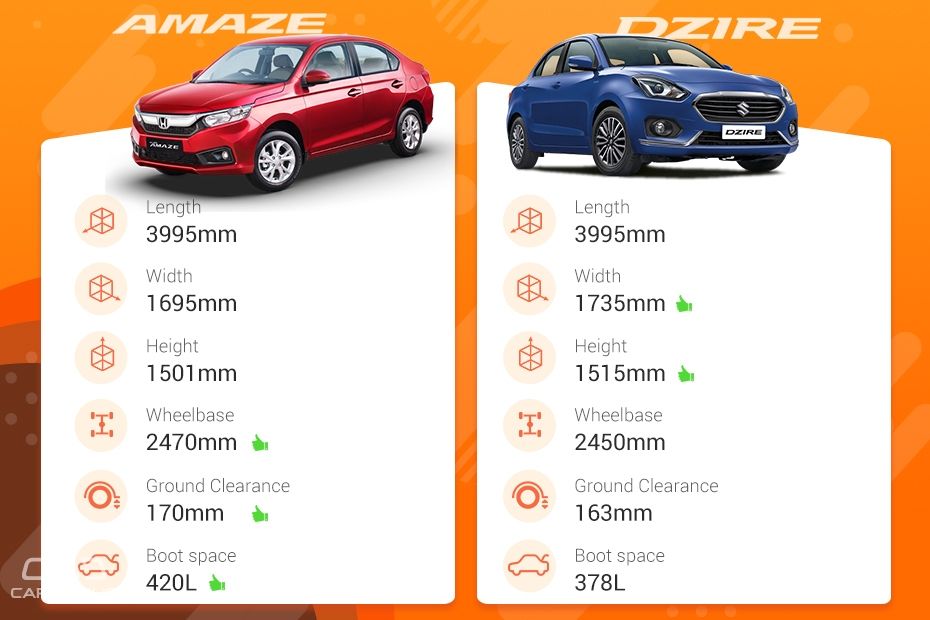 The Dzire is wider and taller than the Amaze and it is evident in its interior measurements as well. Talk of the shoulder room at the rear and it’s the Dzire that takes bragging rights at 1330mm, a whole 45mm more than the Amaze. In the headroom department as well, it’s the Dzire that leads the way, both at the front and at the rear. Check out the table below for dimensions.

The Amaze’s strong point is supposed to be legroom since its wheelbase is longer than the Dzire’s. But that’s not the case at the front, at least. The Dzire not only offers more front legroom and kneeroom than the Amaze, it does so while having a longer front seat base.

Must read: Clash Of Segments: Honda Amaze vs Maruti Baleno - Which Car To Buy?

While the Dzire might offer more legroom and kneeroom at the front, the Amaze offers more space to stretch legs at the rear. The Honda’s minimum kneeroom is 20mm more than the Dzire’s (its wheelbase is also 20mm longer) and its rear seat base length is also longer. So you not only get more leg space but also more space under your legs.

Now we have a clear idea that it’s the Dzire that offers more space at the front while being the wider car overall, and the Amaze offers more legroom at the rear. If it’s the outright value-for-money package that you intend to buy between the Dzire and Amaze, you should check out our Variants Compared story here. We have also reviewed both the cars and you can read the Dzire’s review here and Amaze’s here.

Recommended: Clash Of Segments: Honda Amaze vs WRV - Which Car To Buy?