With a ground clearance of 185mm, the Datsun redi-GO is equipped to tackle bad roads and potholes like no other car in its segment. 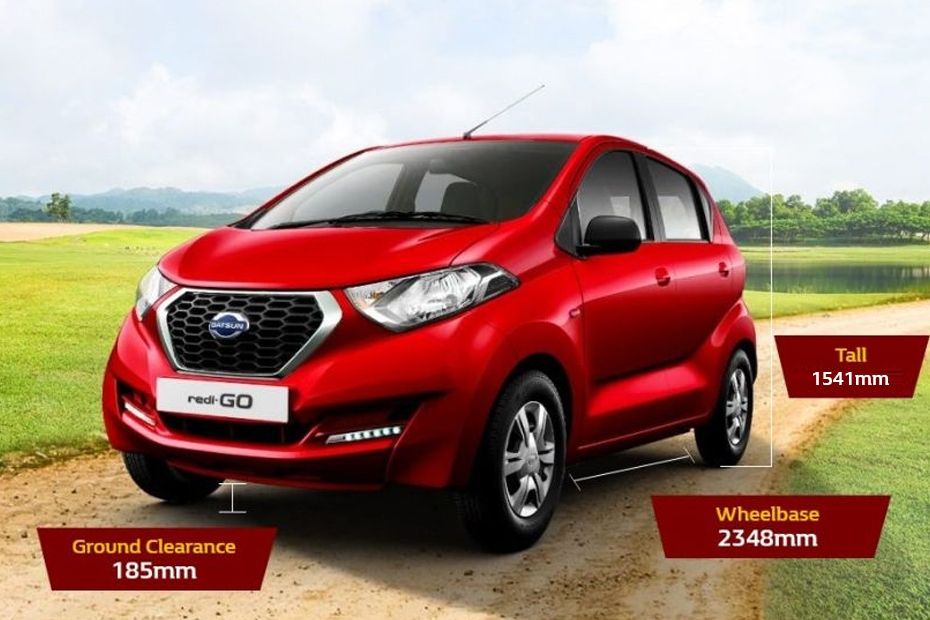 There is a reason why Datsun calls its redi-GO an Urban Cross (short for ‘crossover’) – ground clearance, or ride height. Ground clearance is essentially the distance between the lowest fixed-part of the car from the ground. In other words, it is the amount of vertical space between the tarmac (on which the car rests) and the lowest part of the car.

The Datsun redi-GO’s ground clearance is a phenomenal 185 mm. That is not just the best in its segment but also better than a few crossovers and SUVs that cost four to five times more. In fact, it is a lot more than the minimum 170 mm specified by the Indian government for cars bigger than four-metres to be classified as SUVs.

The car is truly made for the Indian conditions and is perfectly apt at handling different and difficult terrains. The high ground clearance helps you sail through the innumerable potholes we encounter on our everyday travel. Claimed fuel efficiency figures of more than 22 kmpl and starting price of Rs 2.50 lakh (ex-showroom, pan India) make Datsun redi-GO a very sensible buy. 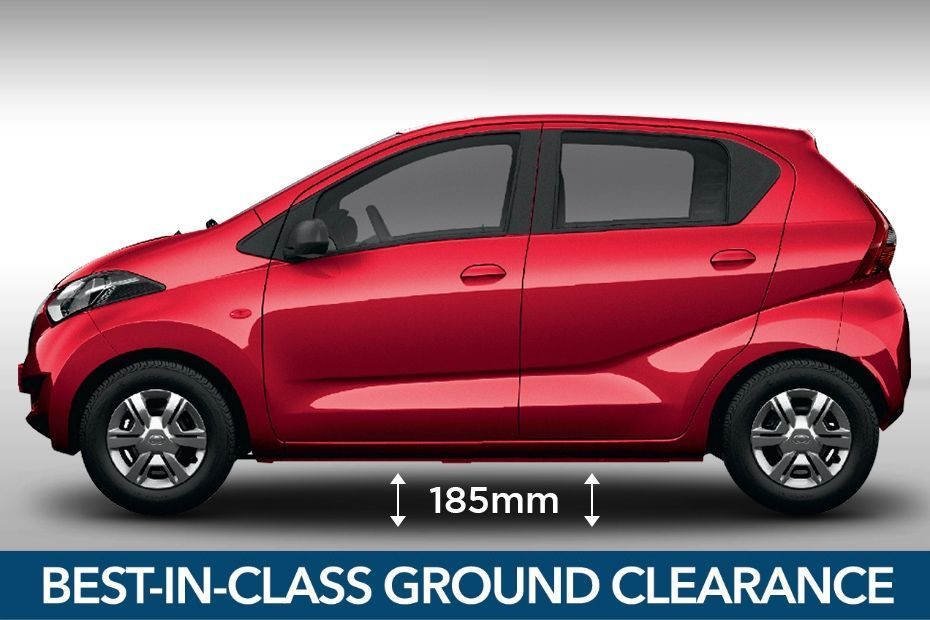 The Datsun redi-GO gives you more ground clearance than some SUVs, thereby enabling you to conquer terrain that you won’t even think of attempting in any other small car. With the Datsun redi-GO, you will never have to worry about scraping the underside of the car over huge, often unmarked, speed breakers. What’s more, you won’t have to drive over them at a slanted angle, something that is a norm with low-slung sedans and most other hatchbacks. 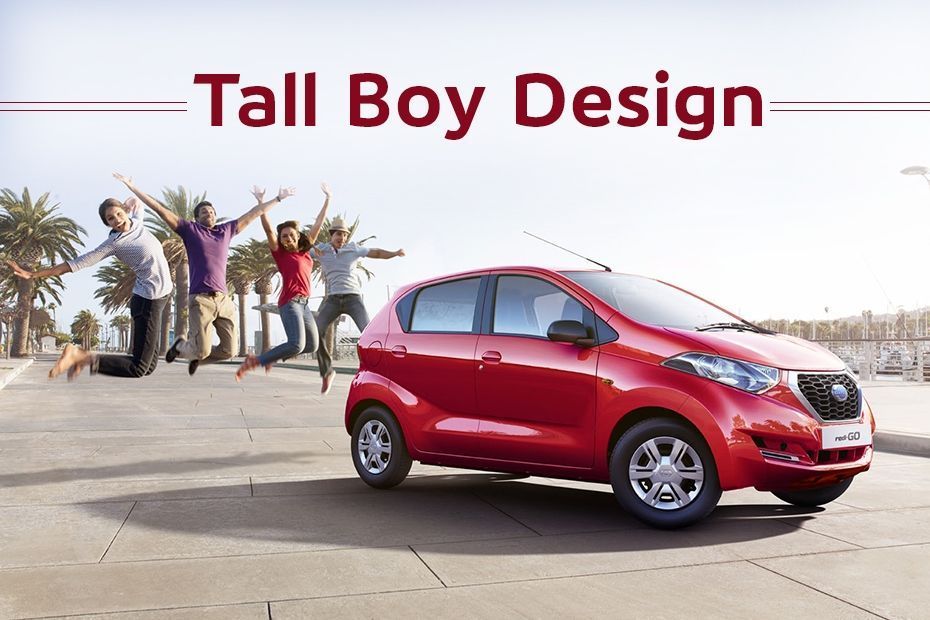 The redi-GO’s ground clearance of 185 mm is aided by its 2,348 mm wheelbase, which, being the shortest in the segment, gives the Datsun rediGO a break-over angle that enables you to negotiate and cross the steepest inclines without getting stuck at the top like a see-saw.

Also, the short wheelbase doesn’t compromise on the in-cabin space because of  Datsun’s expertise in building small cars and that proficiency is apparent in the redi-GO’s architecture as well – the wheels are  placed at the extreme corners of the monocoque chassis, liberating useful space on the inside and giving the redi-GO amazing approach and departure angles. These attributes mean that you would never scrape or break the front or the rear bumpers while attempting to climb or dismount a steep incline. 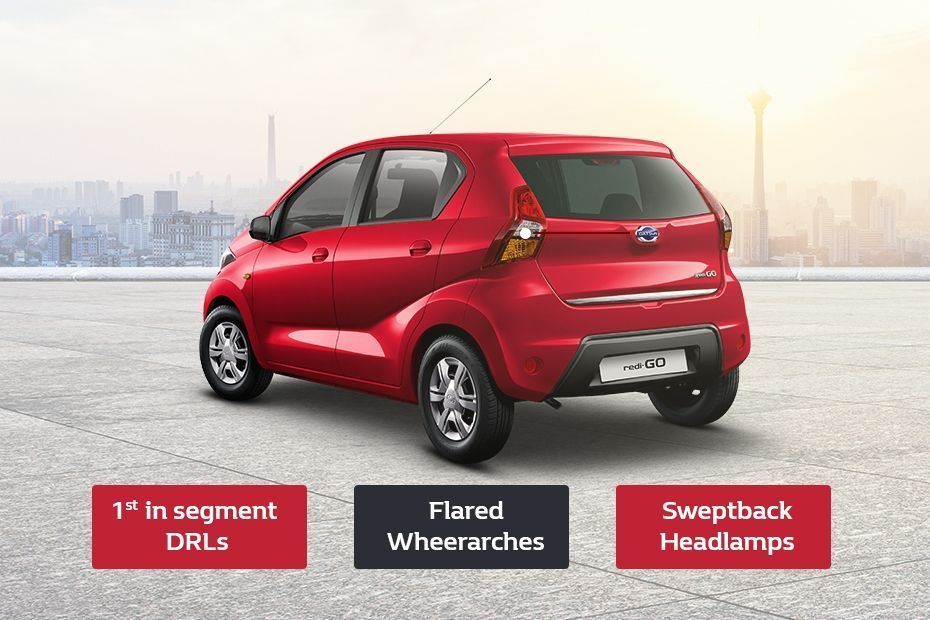 High ground clearance and easy maneuverability is precisely why the sale of crossovers is on a continual rise the world over. People do not need big SUVs or hardcore 4x4s for daily use,  they just need comparatively smaller vehicles, but with a higher ground clearance so that the vagaries of terrain do not take them by surprise. The Datsun redi-GO’s ground clearance, coupled with powerful engine options, will ensure that you would never be complaining about bad roads, potholes, and speed breakers in any part of the country. Add to the equation redi-GO's extensive safety features and we have car that ticks all the right boxes for a buyer.