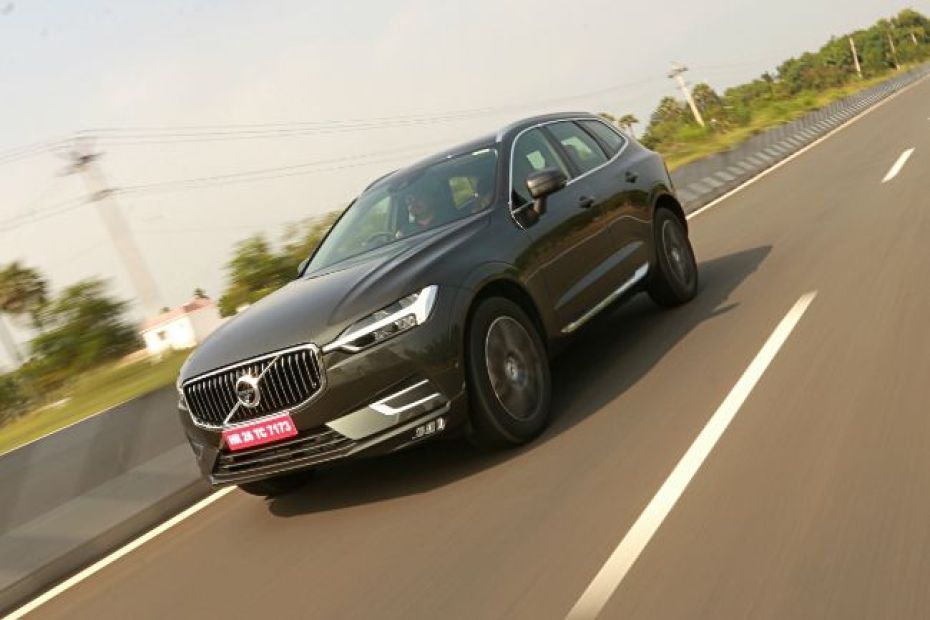 It has been said before and I am going to say it again: Volvos are no longer boring. Gone are the days when they were considered the sensible librarians of the auto world. Now, it is the teenager who sneaks past librarians for a bit of mischief. Well, the new XC60 isn't as striking to look at as the V90 Cross Country was, but it promises to hold its ground by being loaded to the gills with features. It's time for us to take the SUV on a short drive in order to figure out two things. First, does it still have the old-school Volvo charm? And second, just how modern is it? 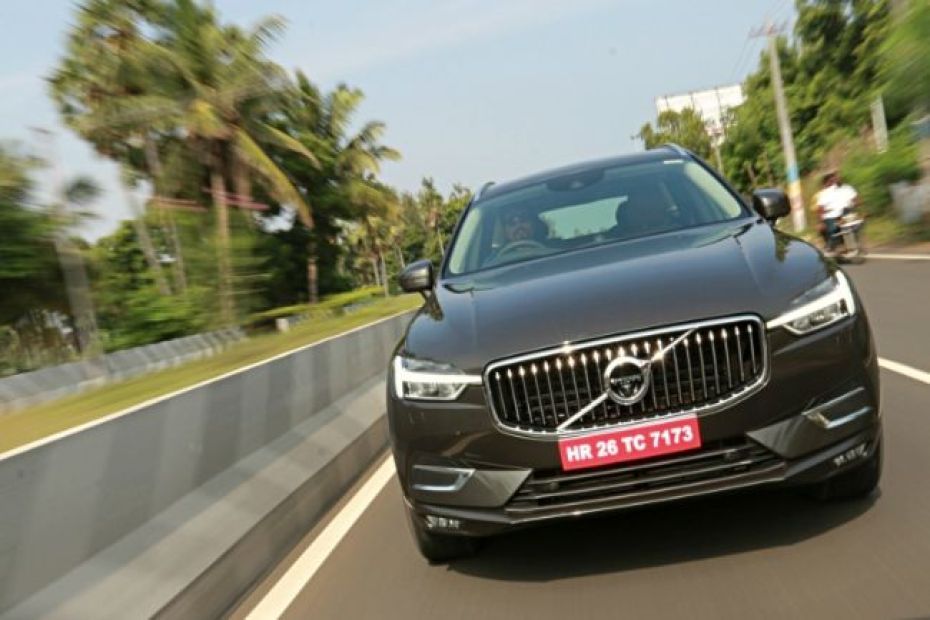 The 2017 Volvo XC60 is quite a competent luxury SUV. It’s premium, properly comfortable for four people, and is loaded to the gills with safety systems that can keep you in check when you aren’t paying attention to the road. The cabin’s noise insulation and seat comfort are commendable. Its high tech air suspension is extremely capable and can alter the ride experience depending on what you want the car to do.

Add to that the fact that it looks really good and packs in enough features to even keep children happy. This really makes the new XC60 a very capable urban SUV. Expect a price of around Rs 55 lakh for the D5 Inscription variant, the only one available at the time of launch, on December 12.

But first, let’s take some time to admire the finer details. This Volvo no longer has the pointy nose of the previous generation. Instead, it gets the new-age Volvo grill which is flanked by sleek headlamps featuring the ‘Thor’s Hammer’ LED DRLs, which extends right till the grille itself. A new touch here is that the bumper features sharper creases towards the end, which add some drama to the front profile. The cornering fog lamps are neatly tucked under the lower lip. This combined with the active bending headlights light up corners while turning at night

Move to the side a bit and you realise that while the new design is sharper, it's still the subtlety of the XC60 that makes it look beautiful. The window line now kinks up at the back, making way for a more angular C-pillar. But the body crease still flows straight and goes right into the taillamps. Viewed from the side, the best features though are the 19-inch 10-spoke wheels with their low-ish profile 235/55 size tyres. The tyres used in the XC60 are made by Michelin especially for Volvo, with the addition of a grippier compound to make the car accelerate faster and stop in a lower distance.

Get behind the SUV and the vertically oriented taillamps take you back to the older generation. But, this time around, the units flow into the boot gate. These feature an LED border which adds quite a modern touch. But still, the rear looks typically Volvo -- simple, sober and a tad boring. Also, the new XC60 is 44mm longer, 11mm wider and 14mm shorter than the last gen, giving it a squatter stance. This helps the front of the car make a strong impression and gives this SUV an impressive presence. But, as you move to the back, it starts to fade away, just a bit.

Premium leather has been used on the seats, dashboard and doors to wrap the occupants in luxury. The Nappa leather used on the seats is of fine quality and it feels luxurious. The dashboard looks quite similar to the S90 with a similar layout and an identical centre console. But here, the highlight is the matte finish ‘driftwood’ which runs along the width of the dashboard to break the black monotony. It all look simple yet elegant. The seats offer a commanding driving position with a 12.3-inch fully digital instrument cluster and a heads-up display showing all relevant information.

Speaking of the seats, the front two are heated, ventilated and feature one of the best massage functions we have ever experienced in a car. Not to mention, they are electronically adjustable, right till the under-thigh cushion. The are extremely well bolstered and keep the occupants cocooned right from their thighs to their shoulders. The centre console offers tons of storage spaces, with a tambour door sliding open to make way for cup-holders, which also double up as a neat little key holder. And there is lots of space under the armrest, in the glovebox and in the large front door pockets. Not to nitpick, but some of the plastic bits like the glovebox cover and the interior light switches do not match the quality of the rest of the cabin.

The rear bench has a similar story. These are one of the best contoured rear seats in the segment and come with a heating function. At the back, you’ll also find centre- and B-pillar-mounted AC vents cooling the sabin swiftly via a 4-zone climate control. The centre armrest falls perfectly to support your elbow and even features a storage compartment and foldable cup holders. Headroom and legroom is ample, but knee room could be a little cramped for passengers taller than 6 feet in height. Open up the panoramic sunroof blind and the cabin feel airy and large.

The boot is large, with 505 litres of storage available, and buttons to electronically drop the rear seats into a 60:40 split to open up more room. The boot even feature buttons to lower the loading lip height by dropping the rear air suspension. And if you want more convenience, the boot gate can be operated and closed hands-free by waving your foot under the rear bumper, though it can take a few attempts to get right.

The cabin is feature rich as well. Its 9-inch vertically placed centre console display gets a plethora of options, with controls right from the sear adjustment to the radar guiding driving assists. You also get Android Auto, Apple CarPlay, an excellent Bowers & Wilkins 15-speaker setup with a variety of audio configurations, navigation, a very capable 360-degree camera with better resolution than most mobile phones, and a whole list of safety features like lane keeping assist, blind spot warning and radar-guided cruise control.

This midsize SUV from Volvo gets a 2.0-litre diesel engine which is the most powerful one (235PS/480Nm) in its segment. So, on paper, it should be fun to drive.

Switch on the motor and, inside the cabin, it is barely audible. Off the line, there is no noticeable turbo lag and the XC60 pulls away cleanly. Low-end power is further assisted by Volvo’s Power Pulse tech, which is basically a jolt to the turbo at lower revs when you need to get going in a hurry. This means no waiting around for the turbocharger to kick in when you’re at slower speeds, and that should make it easier to make a quick overtake when you’re in the city. There is a good amount of grunt from the engine from around 2200rpm till 4000rpm. With a tested 0-100kmph time of 8.54 seconds, the XC60 isn’t going to knock your socks off, but it is reasonably quick.

There are four drive modes on offer - Eco, Comfort, Off-Road and Dynamic. Set the drive to Eco mode, and throttle response dulls down significantly. But, of course, that’s expected since this mode is meant for fuel efficiency. Speaking of which, in our road tests, we managed 11.42kmpl in the city and 15.10kmpl on the highway.

The transmission here is an 8-speed automatic which keeps the car in the meat of this powerband if you wish to be playful. Drive leisurely and it will shift around the 2,000 mark. The shifts themselves are quick and seamless, even in stop-and-go city traffic. On the highways, it switches gears perfectly for overtakes and cruising at triple-digit speeds. On the chance that you hit some trucker traffic through the ghats, the in-gear acceleration is good enough to swipe through the gaps, with 20-80kmph (kickdown) taking 5.50 seconds. The engine begins to be audible in the cabin from around 2,200 rpm but the sound is never that intrusive or harsh to be an issue even on longer journeys.

The XC60’s air suspension is an absolute delight. In Dynamic mode, it stiffens up and the car remains very stable at high speeds. On broken roads though, this setting lets you feel the unevenness of the road surface in the cabin. But, in the city, switch to Comfort and the the ride becomes plush. The SUV starts to glide over broken roads or speed breakers. This does make the ride a little bouncy. There’s not much vertical movement in the body, but a bit of side to side movement over potholes is felt.

Out on the highways, it's better to stay put in Dynamic mode, or at least that setting of the suspension as it restricts body roll and keeps the SUV planted to the ground. Off-road mode lifts the car up by 50mm to help it tackle obstacles. The max clearance of the XC60 is rated at 223mm, which is impressive, but even with AWD, our little experience says it's better suited for tarmac. The steering feels quite light in the city, especially in the Comfort mode, but gains weight proportionally as the speeds increase. Feedback from the tyres is not all that great but given that it is a luxury SUV, we have no real complaints here. There’s also strong but predictable stopping power available with the 100-0kmph panic brake test executed in 38.02 metres.

Another very important aspect of the Volvo XC60’s personality is its radar-based guidance systems. Wherever there are proper lane markings, the SUV will prevent you from accidentally driving into other lanes by providing a small vibration on the steering wheel and a slight amount of resistance. If a lane change is made after first switching on an indicator, this system intelligently does not activate.

Another important feature is blind spot detection. The rear-view mirror has an orange outline on the top external corner which lights up if there is a vehicle in your blind spot. Also, if you try to steer into that lane, the steering again gives you feedback to prevent you from doing so. Other such features include radar-based cruise control, which will follow the front car, adapting to its speed, and the auto-parking feature which can detect a big enough parking spot before parking itself.